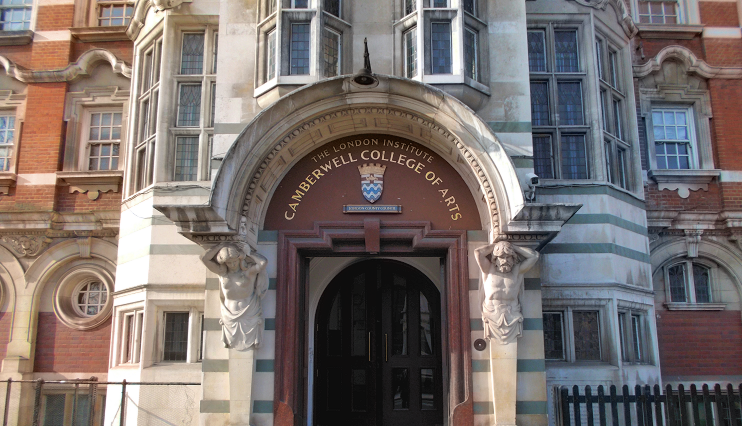 Camber­well was first recorded in Domesday Book but its name is of uncertain origin. The village was of some medieval signif­i­cance and St Giles’ was the mother church of a parish that took in Dulwich and Peckham. King John enjoyed hunting here and, much later, so did Charles I and Charles II.

In 1615 the vicar of St Giles’ estab­lished Wilson’s School, which has since decamped to South Beddington. During the 18th century market gardening became very important to the village and the construc­tion of new roads and bridges brought the first commuters as early as the 1780s. High-class terraced houses were built in the 1820s and 1830s, but by the mid-19th century terraces of much smaller dwellings were covering much of the district.

The annual fair on Camber­well Green was abandoned in 1855 as Camber­well became a ‘walking suburb’, with clerks tramping north to the City each morning. Those who could afford it took the new horse-drawn omnibuses and for a while the rich lived cheek by jowl with the poor.

The arrival of horse-drawn trams in the 1870s made Camber­well even more acces­sible but less desirable, and the old Georgian prop­er­ties were sub-divided for multiple occupancy by the working classes, growing numbers of whom began to work in small-scale local indus­tries and the building trade. House­building for the middle classes continued in the south of Camber­well into the 1880s.

The Free Library and Art Gallery moved from Battersea to Camber­well in 1887 and over the following decade the phil­an­thropist John Passmore Edwards funded new buildings that became the South London Gallery and the Camber­well School of Art (now Camber­well College of Arts, part of the Univer­sity of the Arts London).

In 1910 the Peabody estate at Camber­well Green brought the first of many flats, culmi­nating in system-built blocks in the 1960s and 1970s.

Along the main roads the ground floors of terraced houses have been converted for retail or service use. Many older prop­er­ties have been restored in recent decades as Camber­well has been redis­cov­ered by the middle classes. Part of south-east Camber­well is now a conser­va­tion area.

Extensive regen­er­a­tion and/or gentri­fi­ca­tion has been going on in Camber­well since 2015, including the construc­tion of the Camber­well on the Green apart­ments (shown in the CGI below) in place of a former job centre.

The Camberwell Beauty (Nymphalis antiopa) is a velvety chocolate-brown butterfly, rarely seen because it migrates each year from Scandinavia. The name comes from its first recorded sighting, on Coldharbour Lane in 1748. Camberwell Beauty is also the title of a VS Pritchett story and of the humorist Jenny Eclair’s debut novel.

A large marijuana cigarette is dubbed a ‘Camberwell carrot’ in Bruce Robinson’s cult film Withnail and I.

* The picture of Camberwell College of Arts at the top of this page is modified from an original photograph, copyright “shrinkin’violet”, formerly at Flickr, where it was made available under the Attribution 2.0 Generic licence. Any subsequent reuse is freely permitted under the terms of that licence.