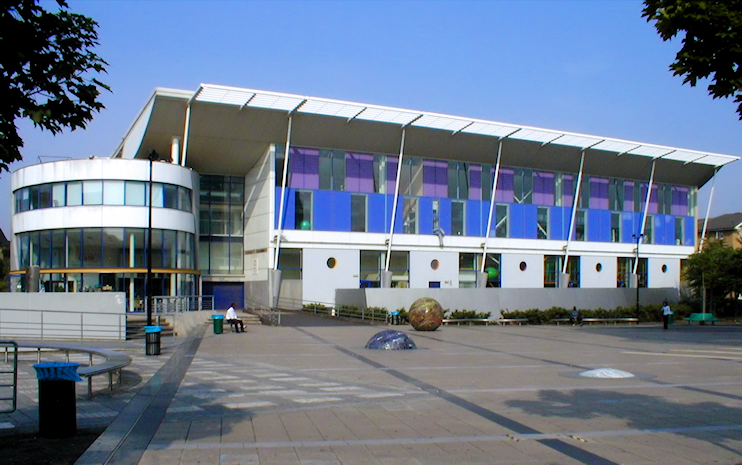 Peckham appears in Domesday Book as Pecheham, meaning a ‘homestead by a hill’ – probably a reference to what is now called Telegraph Hill. At the time it was an insignif­i­cant place of 240 acres. Henry I gave it to his son Robert, Earl of Gloucester, and it served as a royal hunting ground. King John favoured Peckham with the grant of an annual fair which survived into the 19th century. It remained a rural area until the indus­trial revo­lu­tion, growing crops for the London market.

The Grand Surrey Canal linked Peckham to the Surrey Docks (now Surrey Quays) in 1826 and Thomas Tilling’s horse-drawn buses operated from 1851, helping open up the area to Londoners moving out of the city. New estates like Peckham Park, also known as Peckham New Town, were built from the early 19th century onwards and north Peckham became a desirable middle-class suburb. Its respectability was confirmed by the opening of the Jones and Higgins depart­ment store on Rye Lane.

However with the Old Kent Road acquiring industry such as a gasworks, and south Peckham being developed with the lower middle class in mind, its upmarket repu­ta­tion was always vulner­able. It flour­ished just as ably as a working-class suburb, with jobs provided by employers like Samuel Jones, which made the Butterfly brand of gummed papers. Peckham suffered in the Blitz and after the war bombsites in the north were merged into the new Burgess Park.

By the time of 10-year-old Damilola Taylor’s death on a North Peckham estate in 2000, the area had become a byword for inner city crime and decline. Change was already in hand, however, with the Peckham Partnership’s regen­er­a­tion of its grimmest estates and the opening of Will Alsop’s landmark library in 2000 on Peckham Square, created by the infilling of the Grand Surrey Canal.

Other additions in the Peckham Square area include the Peckham Platform arts centre and Peckham Pulse healthy living centre (shown in the photo­graph at the top). Improve­ments in the Bellenden renewal area have included street furniture by sculptor Anthony Gormley and painter Tom Phillips.

Despite the contin­uing advances, Peckham can be a fragile envi­ron­ment in difficult times and serious rioting erupted here in August 2011. A community-led ‘love Peckham’ campaign has since helped emphasise the positive.

Peckham is the only ward in London in which half the residents are black or black British. Most of these are of African birth or descent, accounting for 32 per cent of the total popu­la­tion in 2011 – a slight decline on 2001.

One of the most famous addresses in British television comedy was Peckham’s fictional Nelson Mandela House, the home of the Trotter family in Only Fools and Horses. The neighbourhood also featured in Channel 4’s ‘ethnic sitcom’ Desmond’s, which ran from 1989 to 1995.