A socially disadvantaged locality situated on the south-eastern edge of Brixton, graced by a popular park 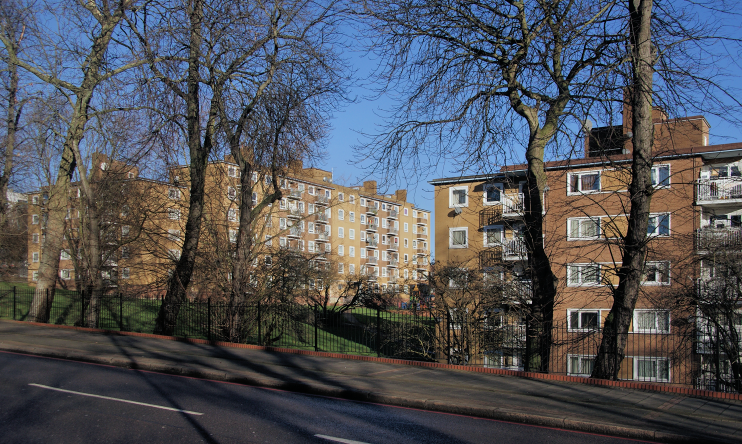 Three estates, Bodley, Upgrove and Scar­lettes were united in 1352 under the ownership of the hospital of St Thomas the Martyr, an Augus­tinian priory then located in Southwark. Henry VIII seized the property at the disso­lu­tion of the monas­teries and by 1563 a house called Brockalle was in existence, near the present junction of Norwood Road and Rosendale Roads. In 1656 the estate was in the hands of the Tulse family. Sir Henry Tulse was lord mayor of London in 1683–4 and made a fortune from the west African slave trade.

In 1807 the estate was divided in two. John Blades, a City glass manu­fac­turer, acquired the eastern part, and he demol­ished the old house and built Brockwell Hall on the hilltop in 1813. Dr Thomas Edgar, a legal writer, later gained posses­sion of the western part of the estate through his marriage to Mary Cress­ingham. He acquired an addi­tional strip of land giving access to Brixton Hill, created the curving sweep of Upper Tulse Hill and began to build a high-class estate here.

In 1855 Jonah Cress­ingham gave land for the construc­tion of Holy Trinity church, which was built in the face of objec­tions from nearby vicars who feared a light­ening of their collec­tion plates.

The opening of Herne Hill station in 1862 prompted John Blades’ grandson to build some large detached houses on the perimeter of the Brockwell Hall estate. Brails­ford Road and Arling­ford Road were laid out with terraces of houses and shops in the late 1880s.

Lambeth council and the London County Council acquired Brockwell Hall and its grounds in 1891 and opened Brockwell Park in the following year. The park was later enlarged and is now one of south London’s best-loved amenities and a popular venue for summer events. 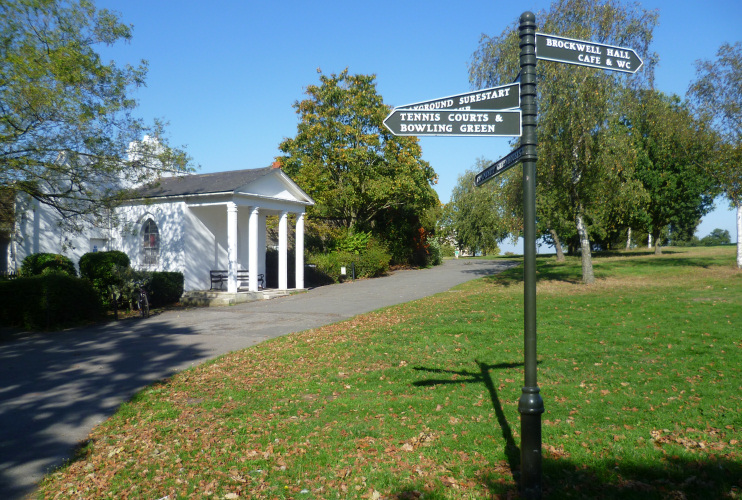 Brockwell Hall has a café on the ground floor and part of the hall’s private chapel – shown in the photo­graph above* – is now a public lavatory.

The park’s art deco lido is open all year round.

In 1928 the highly regarded St Martin-in-the-Fields high school for girls moved from Charing Cross Road to its present location at 155 Tulse Hill.

In 1939 the London County Council began the construc­tion of the large Tulse Hill estate – where the former Mayor of London, Ken Living­stone, grew up. The LCC began to build the even bigger St Martin’s estate (shown in the photo­graph at the top of this article*) in 1958 and the project was completed in the mid-1970s by the LCC’s successor, the Greater London Council. Throughout the post-war decades Lambeth council added smaller estates, contin­uing into the early 1980s with the comple­tion of Cress­ingham Gardens, which has 306 dwellings. A large number of Tulse Hill’s residents still rent their homes from the council or housing asso­ci­a­tions, although private gated estates have recently been built in the area.

It is hard to imagine Tulse Hill as the birthplace of astrophysics, but in 1856 the astronomer Sir William Huggins built a private observatory here, where he conducted pioneering research into the spectra of stars, nebulae and comets. Huggins continued his work in Tulse Hill until 1908, dying here two years later.

Wendy Cope created a Tulse Hill-based character called Jason Strugnell, whose verses parodied the work of well-known poets: ‘If men deride and sneer, I shall defy them / And soar above Tulse Hill on poet’s wings — / A brother to the thrush in Brockwell Park’.

* The picture of blocks of flats on the St Martin’s estate at the top of this page is adapted from an original photograph, copyright Bill Boaden, and the picture of the public toilets in Brockwell Park is adapted from an original photograph, copyright Marathon, both at Geograph Britain and Ireland, made available under the Attribution-ShareAlike 2.0 Generic Licence. Any subsequent reuse is freely permitted under the terms of that licence.