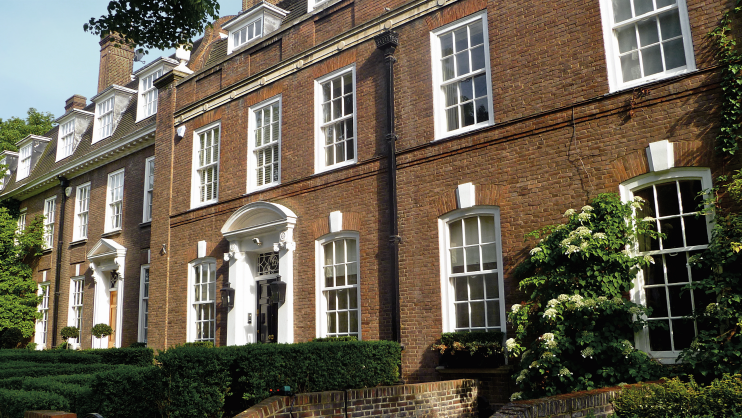 In 1607 chan­cellor of the exchequer Sir Walter Cope built the nucleus of Kens­ington House. On his death in 1614 the property passed to his son-in-law Henry Rich, first Earl of Holland, who greatly enlarged what became Holland House before his execution in 1649. Henry Fox, a wily character who later became Paymaster General, leased the house from 1726 and acquired the freehold around 1770, by which time he had become the first Baron Holland, though he was no relation of Henry Rich.

The second finest home in the district was the 17th-century Campden House, now replaced by flats. This was the home of William Phillimore in the early 19th century, when he began to sell building plots. One of the first streets to be laid out was Bedford Gardens, begun in 1822 by William Hall when he was 20 years old. Hall built to a high standard but other spec­u­la­tors did not and the initial appear­ance of the district was decidedly mixed.

By the 1850s Holland House had fallen into a state of disrepair and Fox’s grandson was forced to follow Phillimore’s example to raise funds for its reno­va­tion. Over a period of several decades a series of separate schemes encircled Holland House and its atten­u­ated grounds. This phase of building was almost exclu­sively luxurious, and inferior prop­er­ties from earlier in the century were progres­sively replaced. Sweeping stuccoed terraces consti­tute the most visible theme but some streets have mews cottages or red-brick mansions.

Leighton House was built in 1879 to the extrav­a­gant taste of Frederic, Lord Leighton, classical painter and president of the Royal Academy from 1878 to 1896. Leighton was at the centre of a group of artists and archi­tects who became known as the Holland Park Circle and his house has recently been painstak­ingly restored as a museum and a work of art in itself.

Holland House took a direct hit by a bomb in 1941 and was reduced to a shell in the late 1950s. The grounds were opened to the public and an open-air theatre was set up at the rear of the ruined house. The variety of public and private splendour in the park and its surrounding streets makes this one of London’s loveliest places to walk or to live.

The Common­wealth Institute building opened on the south side of the park in 1962 and closed in 2002. Since 2016 the building has been the home of the Design Museum, shown below in September 2019. 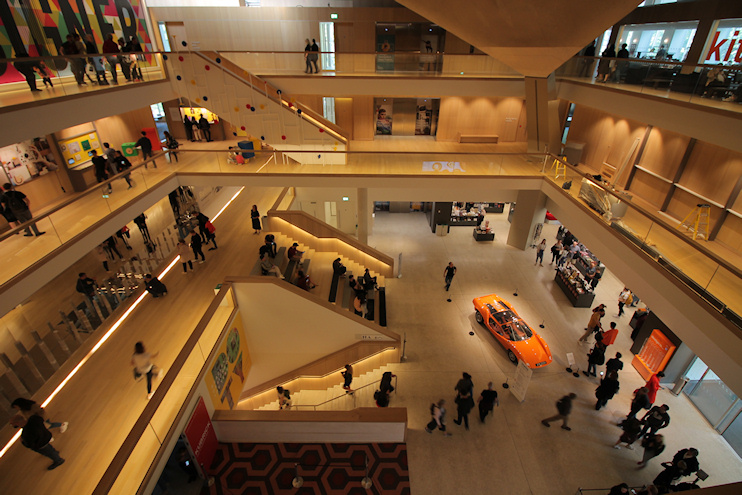 In the Holland ward the propor­tion of adults qualified to degree level or higher is almost three times the national average.

* The pictures of Ilchester Place and the Japanese Garden on this page are modified from original photographs at Flickr, copyright Herry Lawford, made available under the Attribution 2.0 Generic licence. Any subsequent reuse is hereby freely permitted under the terms of that licence.