Although still shown on maps as an area on the south-east side of Belvedere, this is not a name in widespread use 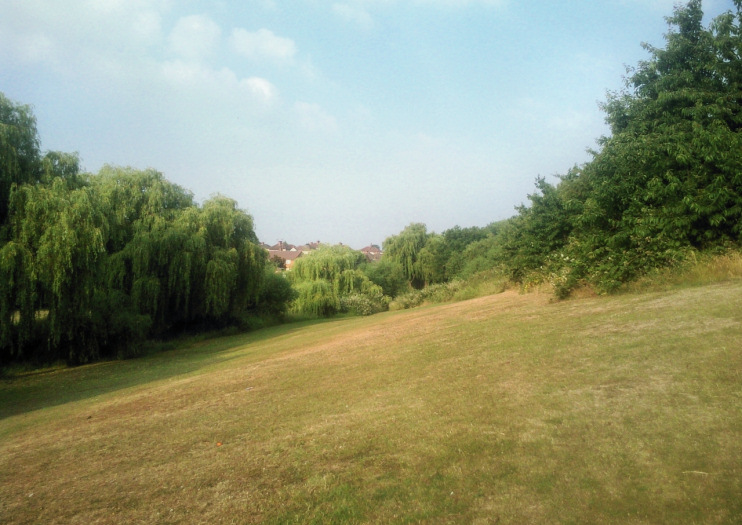 The name Lessness Heath once referred to a wide and wild swathe of marshy land between Erith and Woolwich, including the site of Lesnes Abbey. As the heathland was gradually brought into culti­va­tion and its ownership was divided between various members of the landed gentry the Lessness Heath name was restricted to a much smaller area, south-west of the mansion called Belvedere.

The ‘Lessness’ name is of very uncertain origin and has been spelt in many different ways, including Leosne, Hlosnes, Loisnes (in Domesday Book) and later Leasons and Lesney. It seems most likely to have been related to Old English words meaning a headland (næss) with either pasture (lǽs) or shelter (several vari­a­tions beginning hleó ).

The heath was enclosed in 1812, when much of it was allocated to Christ’s Hospital, which also owned Lesnes Abbey. Like many enclo­sures of the period, the rationale was that the land should be put to more intensive agri­cul­tural use during the Napoleonic Wars but little such improve­ment took place. The heath was later divided between the area’s two great landowners, William Wheatley of Erith and Sir Culling Eardley of Belvedere, and they exploited the increase in its building value that followed the arrival of the North Kent Railway in 1849 and the opening of Belvedere station in 1859.

Shown in the photo below, All Saints’ church was dedicated on 20 October 1853, though it wasn’t completed until 1861. It replaced the Tower, an inde­pen­dent church opened in 1848 to service the growing community at Belvedere. Both projects were financed by Sir Culling Eardley. In 1856 All Saints was conse­crated within the Church of England (though Sir Culling went to court to try to prevent this) and the vicar of Erith was licenced to perform divine service here. 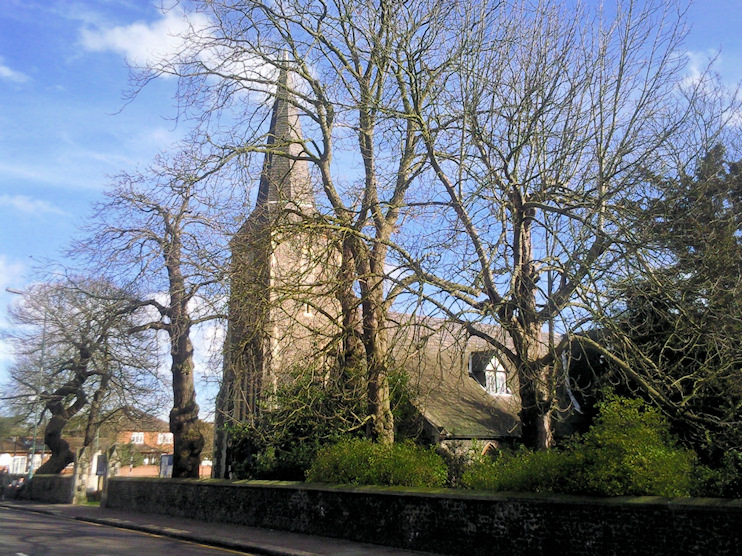 Most of the heath was developed from 1856 to the 1890s but fractions have survived as recre­ation grounds and the green corridor along the banks of the Bedon stream, part of which is shown in the photo at the top of this article.

On Woolwich Road, the Eardley Arms was rebuilt in the early 1860s. It was named after Sampson Gideon, 1st Baron Eardley (1745–1824), owner of Belvedere.

The eastern part of Erith cemetery opened in 1894 and its brick-built Gothic chapel dates from this time. The western part, which has a less formal layout, opened in the mid-1940s. At 21 acres, this is the borough’s largest cemetery but it doesn’t have space for any more burials.

In the southern part of Lessness Heath, Parsonage Farm took its name from Erith Parsonage, which stood on what became Brook Street. Local blogger Hugh Neal imparts some inter­esting details about the farm in a wide-ranging post:

“During the late 19th century, Parsonage Farm was owned by the Vinson family, who were at the time rich and powerful enough to issue their own trade tokens (a kind of informal local currency). There are records that beer houses such as the Fox, and full pubs such as the Eardley Arms took trade tokens for payment for food and drink until sometime around 1900. The farm buildings, which were constructed in the Middle Ages (prin­ci­pally to provide food and drink for abbot and monks at Lesnes Abbey) lasted until the end of the Second Word War, when it was used to house an auxiliary fire station. After the war the building was so derelict it was demolished.”

Parsonage Farm’s remaining fields were virtually the last part of Lessness Heath to be covered with housing. The lane that led to the farmhouse is still in existence, as an alley imme­di­ately west of Bellring Close, off Parsonage Manorway.

The western part of this locality is sometimes known as Nuxley Village or Belvedere Village, though neither of these names – the former in partic­ular – has much histor­ical justi­fi­ca­tion, as Hugh Neal makes abun­dantly clear in the above­men­tioned blog post. (When a place is called Something-or-other Village, the name is almost always a modern invention, even if it actually is or was quite an old settlement.)

Lessness Heath is now best known as the name of a large primary school on Erith Road, estab­lished in 1947, when it was called Lessness Heath county primary school. Most children at the school live in the immediate area, which has socio-economic char­ac­ter­is­tics that are slightly below average.

* The picture entitled Streamway, Lessness Heath at the top of this page and the picture of All Saints’ Church are both adapted from original photographs, copyright Marathon at Geograph Britain and Ireland, made available under the Attribution-ShareAlike 2.0 Generic Licence. Any subsequent reuse of the images is freely permitted under the terms of that licence.