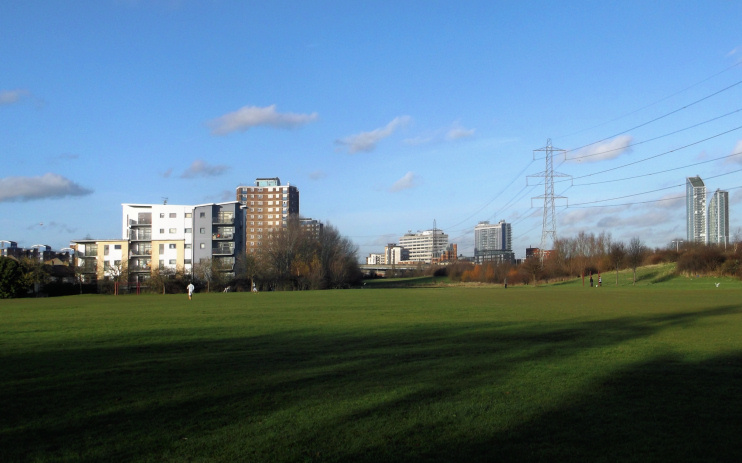 Domesday Book iden­ti­fies this as the original location of Ilford, when the manor had a popu­la­tion of ten. There had been a wooden church here since Saxon times and it was rebuilt in stone in the twelfth century and dedicated to St Mary the Virgin. The brick-built Lethieul­lier chapel was added in the 18th century and this is nowadays used as the church’s vestry.

Over the years, Little Ilford’s identity has been eroded, with Alder­s­brook and the City of London cemetery taking over its northern part and the name ‘Manor Park’ being given to the housing that covered its southern fields in the 1880s and 90s.

Little Ilford manor house, later Manor House farm, stood near the present junction of Ders­ingham Avenue and Church Road. The house had been demol­ished by 1901.

The Catholic church of St Stephen was estab­lished in 1918, across Church Road from St Mary’s.

Little Ilford school is located imme­di­ately to the south-west of the churches. More than half the school’s pupils are eligible for free school meals and over four-fifths speak English as an addi­tional language. The school was rated outstanding in Ofsted’s 2012 report, which found that students enter the school with levels of attain­ment that are signif­i­cantly lower than others nation­ally, yet go on to achieve broadly average results here.

Across Browning Road from Little Ilford school, the London Sri Murugan temple is a major centre of worship for east London’s Hindus.

Between Romford Road and the railway line (right at the top of the map below, on Lugg Approach), the Tunnelling and Under­ground Construc­tion Academy is a purpose-built facility dedicated to education in soft-ground tunnelling tech­niques, and owes its existence to the Elizabeth line (Crossrail) project.

The ward of Little Ilford has problems of social depri­va­tion and is very ethni­cally mixed. The largest minori­ties are of Bangladeshi, Indian, Pakistani and black African descent, in that order, followed by white British. At the 2011 census almost 45 per cent of residents were Muslims – up from a third in 2001.

Jack Cornwell Street and its community centre commemorate a 16-year-old boy from Alverstone Road who was posthumously awarded the Victoria Cross for his gallantry at the Battle of Jutland in 1916.

Little Ilford Park is often said to have inspired the Small Faces’ song ‘Itchycoo Park’ – but the same claim is made for other parks nearby. No unequivocal conclusion is ever likely to be reached because members of the band made so many conflicting statements on the subject over the years.

* The picture of Little Ilford Park on this page is modified from an original photograph, copyright David Anstiss, at Geograph Britain and Ireland, made available under the Attribution-ShareAlike 2.0 Generic Licence. Any subsequent reuse is freely permitted under the terms of that licence.