A 31-acre park located west of Mare Street in south-central Hackney and, by extension, the surrounding residential and commercial locality – which “has become a chi-chi area”, according to one observer 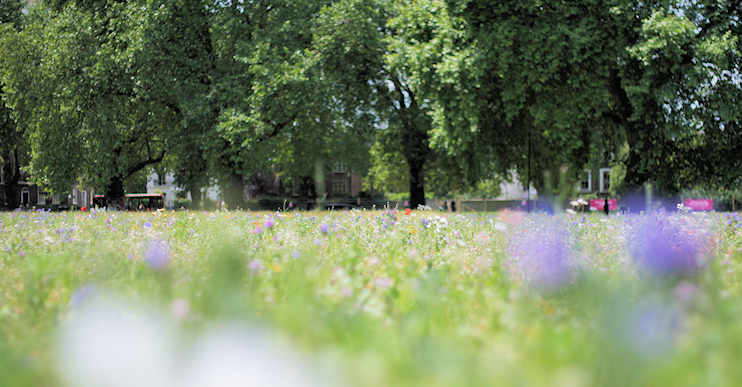 The fields formerly lay just outside Hackney, on the London side, hence the name. A smat­tering of houses bordered the fields from the mid-17th century and the area was densely built up by the early 19th century, with better-off residents tending to live on the north side.

Broadway Market developed around a row of two-storeyed shops in the 1820s. At this time the fields belonged to a handful of farmers, who were obliged to allow local people to graze animals here after the harvest had been gathered.

Property devel­opers almost got their hands on the fields in the early 1860s but the benefits of preserving such a useful space persuaded the Metro­pol­itan Board of Works to acquire the land as a public park in 1872. London Fields station opened in the same year, on the Great Eastern Railway’s new branch line from Bethnal Green. Small-scale indus­tries like boot­making flour­ished in the streets to the south, which became increas­ingly poor and overcrowded.

Council flats began to replace the slums from the early 1930s and London Fields Lido was opened. The church of St Michael and All Angels was rebuilt after its prede­cessor was bombed in 1945 and has become very active in community work.

Prop­er­ties on Broadway Market were reha­bil­i­tated in the late 1970s and the street now has boutiques, art galleries and a Saturday market with farm produce, flowers, arts and crafts and clothing. Hackney council’s sales of its prop­er­ties on Broadway Market to the highest bidders sparked a campaign against the ‘social cleansing’ of the locality.

London Fields Lido closed in 1988 but pressure from the local community, which organised a clean-up of the neglected site, prompted Hackney council to restore and reopen it as London’s only 50-metre heated outdoor pool.

The park itself is not one of London’s most beautiful but has been enhanced by the creation of ‘Hackney’s biggest urban meadow’, part of which is shown in the photo­graph at the top of the page.

London Fields’ Victorian prop­er­ties have been under­going gentri­fi­ca­tion over the past decade and devel­opers have added private flats in projects such as Artisan Court, which was built around a gated courtyard on Lansdowne Drive and sold with the slogan ‘contem­po­rary, cultural, connected’.

The ethnic commu­ni­ties of London Fields include those of Turkish, Caribbean, African and Bengali descent.

London Fields is the title of Martin Amis’s sweeping examination of metropolitan mores in the late 20th century, but the story is set in and around Ladbroke Grove and Notting Hill.