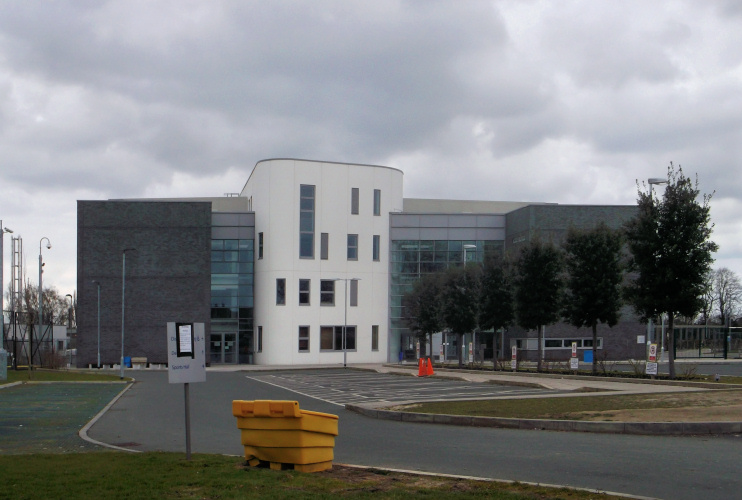 The medieval manor of Loxford (which probably began as the ford of a man called Locc) was in the posses­sion of Barking Abbey and in 1319 the Abbess of Barking was licensed to fell oaks in Hainault Forest to rebuild her house here after a fire.

The present Loxford Hall was built c.1840 and enlarged in the 1860s. The hall nowadays serves as a child and family consul­ta­tion centre for the North East London Mental Health Trust. Redbridge council’s conser­va­tion expert points out that the building has been “spoilt by inept alter­ations and extensions.”

The terraced street plan of the Loxford Hall estate was laid out at the end of the 19th century as one of a cluster of devel­op­ments that filled southern Ilford with rela­tively small and cheap houses. Loxford county school opened in 1904. An infants depart­ment was added in 1931, later becoming Woodlands primary school.

In the early 21st century – before austerity took hold – this deprived locality benefited from substan­tial invest­ment in improved amenities, aiming to cope with its rapid popu­la­tion growth. Loxford Poly­clinic was built on the site of the Plough public house and an entirely new Loxford school has replaced its 1970s prede­cessor – at a cost of £40 million. The school is divided into primary (shown in the photo above), secondary and sixth form ‘phases’.

Except in the context of the clinic and the schools, Loxford’s name is rarely used by locals, who tend to refer to the area as ‘south Ilford’ or ‘the Barking end of Ilford Lane’.

Loxford’s main ethnic subgroups are of Pakistani, Indian, white British and Bangladeshi descent, in that order, and its South Asian community is served by a variety of specialist shops on Ilford Lane. Loxford has the largest Pakistani popu­la­tion of any ward in London by a consid­er­able margin and has the highest popu­la­tion density in the London Borough of Redbridge.

The boxer Nigel Benn grew up in a three-bedroom, terraced house on Henley Road and attended Woodlands school and Loxford school.

* The picture of Loxford primary school on this page is adapted from an original photograph, copyright David Anstiss, at Geograph Britain and Ireland, made available under the Attribution-ShareAlike 2.0 Generic Licence. Any subsequent reuse is freely permitted under the terms of that licence.