A half-forgotten mini-suburb situated between Romford and Collier Row, and traversed by the River Rom 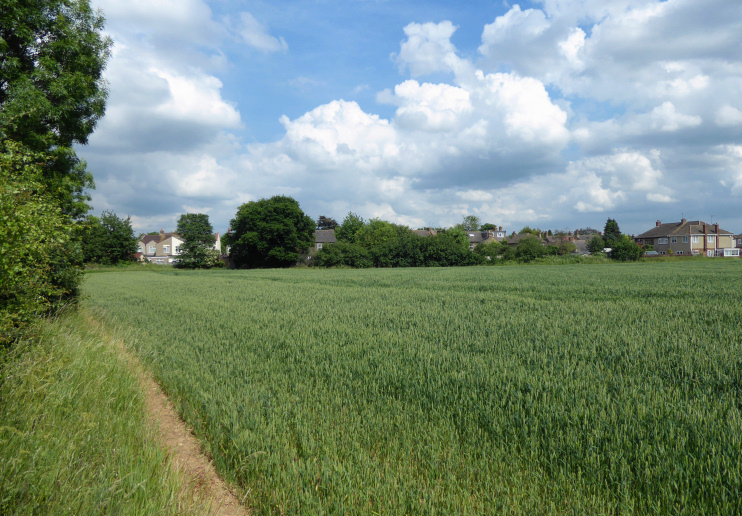 During the 14th century the manor of Romford came into the posses­sion of the cele­brated soldier Sir Walter de Mauny. There­after, the manor was called Mawneys – a form still used by local people and by the council but not by most publishers of maps and street atlases, with Google’s mapping (shown below) being an exception.

In the 19th century Mawneys was known for its gypsies, who worked in the fields and sold brushes and doormats to the cottages of the surrounding villages.

The manor’s 265 acres were sold for building in 1883 and Mawneys’ letter ‘A’ street pattern was laid out in the 1890s in a devel­op­ment that marked the beginning of the northward expansion of Romford.

Houses were built in small groups over a period of decades, gradually eroding the nurseries and small­hold­ings that had char­ac­terised the locality. Mawney Road school (located at the Romford end of the road, and now the Mawney foun­da­tion school) opened in 1896 partly in order to serve the new estate, and the school was enlarged in 1907.

In 1925 the arrival of the Eastern Avenue divided most of Mawneys from the town that had spawned it. Shortly after­wards came the estates of Collier Row, of which Mawneys is now a satellite locality.

In 1928 allot­ments beside the River Rom were converted into a recre­ation ground that was orig­i­nally known as Mawney Park. When Romford borough council later received a grant of £3,000 from the King George’s Fields Foun­da­tion the park was renamed King George’s playing fields.

Mawneys manor house was demol­ished in 1935 and replaced by new premises for the Romford United Services Club. The clubhouse opened in 1939 and was extended after the war.

Sixteen houses were demol­ished when one of the last rockets to fall in England hit Mawney Road, near the corner of Forest Road, on 26 March 1945. After the Second World War the creation of the green belt preserved farmland to the south and west.

When the Mawney Arms closed for refurbishment in 1999 its old fixtures and fittings were removed and reinstalled in a bar in Koh Samui, Thailand. The Thai establishment was renamed the Mawney Arms and displayed the original pub sign.

* The picture entitled Field to the south of Eastern Avenue West (with houses on Pretoria Road) at the top of this page is adapted from an original photograph, copyright Marathon, at Geograph Britain and Ireland, made available under the Attribution-ShareAlike 2.0 Generic Licence. Any subsequent reuse is freely permitted under the terms of that licence.