A triangular area lying immediately east of central Pinner, roughly bounded by the Metropolitan railway line to the west and George V Avenue to the east 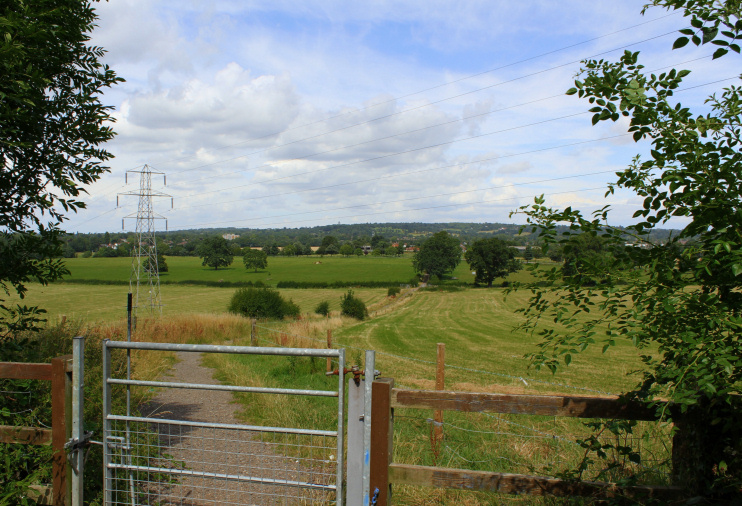 The road named Nower Hill, although barely 300 yards long, gained signif­i­cance as part of the main route that connected Harrow with the village of Pinner. First recorded as ‘atte Nore’ in 1285, the name indicated a place at a flat-topped hill. Pinner is named after the same hill, which rises to a height of around 265 feet (81 metres) in the vicinity of what is now a cul de sac called The Squirrels.

By 1547 the surrounding area was known as Nower Field and by the mid-18th century it had become one of a cluster of scattered hamlets encir­cling Pinner, each containing little more than two or three tenements.

In 1844 William Tooke bought 185 acres of land north-west of Nower Hill and presented it to his son, who later built additions to his home in a somewhat grotesque manner, prompting its nickname of ‘Tooke’s folly’. The younger Tooke died in 1884 and a Gothic drinking fountain was erected in his memory on a small green at the junction of Nower Hill with Church Lane and Moss Lane.

Nower Hill remained largely unde­vel­oped until the opening of the Metro­pol­itan Railway station at Pinner in 1885, when devel­op­ment slowly began to spread in this attrac­tive direction.

Middlesex county council opened Nower Hill high school in 1929 and the school has been progres­sively enlarged since the Second World War. Around 50 per cent of the pupils now come from ethnic minori­ties and the largest of these groups is of Indian origin. The educa­tional standards agency Ofsted has described the school’s catchment area as ‘moder­ately pros­perous … with pockets of disadvantage’.

West of the school, Pinner New Cemetery was laid out in 1933. Part of the northern slope of Nower Hill has been preserved as green belt farmland that is traversed by the footpath shown in the photo­graph above* and at the top of the map below.

* The picture of the Path from Nower Hill on this page is adapted from an original photograph, copyright Patrick Wyman, at Geograph Britain and Ireland, made available under the Attribution-ShareAlike 2.0 Generic Licence. Any subsequent reuse is freely permitted under the terms of that licence.