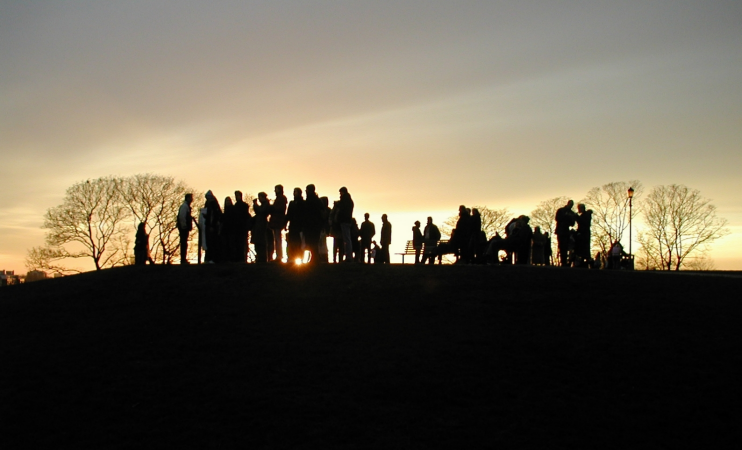 The woodland here was granted to Eton College by Henry VI at a time when the name Primrose Hill was first coming into use. The hill was cleared of trees in the mid-17th century and remained as farmland until the arrival of the railway, when both the college and neigh­bouring landowner Lord Southampton seized the oppor­tu­nity to sell building plots.

St Mark’s church was begun in 1851 and a station opened in the same year, orig­i­nally under the name Hampstead Road. (The station closed in 1992.) Shortly after­wards Chalcot Square was laid out with stuccoed Ital­ianate villas, while its central garden was planted with acacia trees. The Crown acquired the summit of the hill for public use, granting the college some land near Windsor in exchange. Primrose Hill Road was built in the 1870s to improve access to the college estate. By 1900 the present built envi­ron­ment was almost complete.

Chalcot Road’s Utopia Village has been home to piano-making, elec­trical engi­neering and phar­ma­ceu­ti­cals manu­fac­ture. Nowadays it has studios and offices and, not too long ago, was saved from becoming the site of a luxury home development.

Primrose Hill in the 1960s has been described as “the very last word in London bohemia.” Sylvia Plath wrote her auto­bi­o­graph­ical novel The Bell Jar while living in Chalcot Square between January 1960 and the summer of 1961. Early in the 21st century the locality acquired the nickname Promis­cuity Hill on account of alleged wife-swapping activ­i­ties among local A‑list celebrities.

The sight­lines from Primrose Hill towards St Paul’s Cathedral and the Palace of West­min­ster are among a handful of offi­cially desig­nated strategic views that are safe­guarded from inap­pro­priate development. 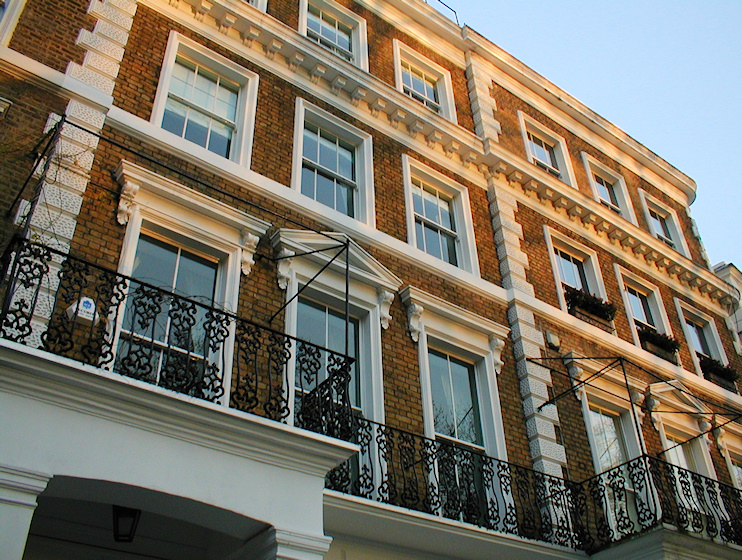 Regent’s Park Road has a cluster of agreeable shops, cafes and restau­rants. Some of the road’s upper floors are shown in the photo above. In 2012 steep rent hikes forced some long-estab­lished busi­nesses here to close. Such events happen all the time but in this case a media firestorm was whipped up because ‘yummy mummies’ were alleged to be to blame for the erosion of the area’s diversity.

WB Yeats, Alan Bennett and Kingsley and Martin Amis are among the literati who have lived locally.

‘Primrose Hill’ is the title of songs by Madness, John and Beverley Martyn and Loudon Wainwright III, and of a 1999 novel by Helen Falconer.