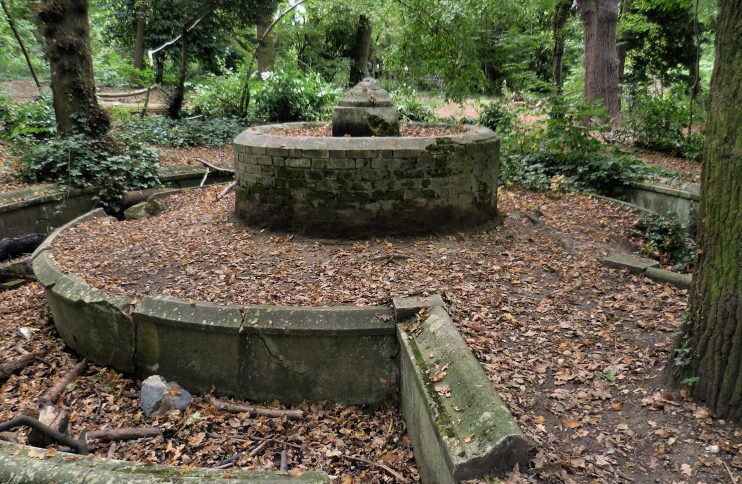 Evidence of an Iron Age hill-fort has been discov­ered at Toots Wood, together with fragments of Roman pottery, indi­cating the presence of a moder­ately signif­i­cant settlement.

The medieval field pattern here consisted of sets of long and short fields, called Longelonds and Short­elonds, and the latter gave their name to a house built at the beginning of the 18th century. The house and its extensive farmland were acquired in 1848 by railway magnate William Wilkinson, who built several cottages for his agri­cul­tural labourers.

In 1858 the West End and Crystal Palace Railway Company opened Short­lands station, prompting Wilkinson to sell his farm’s 163 acres for devel­op­ment. The oak and birch trees of Kingswood were cleared as the Short­lands estate took shape. Wilkinson died in 1865, leaving an endowment for the construc­tion of St Mary’s church.

In a second phase of devel­op­ment around 1880, the West­more­land Road area was built up with a group of handsome villas known as the South Hill Park estate. In 1887 Sir Thomas Dewey, chairman of Pruden­tial Assurance Company, bought what remained of South Hill Wood (itself a remnant of Toots Hill Wood), cleared most of its trees and built himself a grand house with lavishly planted and orna­mented gardens. The site of the former house is now a public park and the dilap­i­dated garden fountain can still be seen amidst the regen­er­ated woodland (as shown in the photo­graph above*).

Short­lands House served as a hotel for the first half of the 20th century and then became a school, now called Bishop Challoner school. A number of maisonette blocks were built in Short­lands from the 1960s onwards.

Short­lands residents are over­whelm­ingly white home-owners and tend to be rela­tively well-educated. The houses are compar­a­tively large, although a third have only one occupant. At 41.7 years, the average age of residents is signif­i­cantly higher than in most parts of the capital.

George Grote, born at Shortlands House in 1794, wrote an authoritative history of Greece in twelve volumes, without ever visiting the country, and served as MP for the City of London, president of University College, London and vice-chancellor of the University of London. In 1869 he refused the offer of a peerage. Grote died two years later and was interred in Westminster Abbey’s Poets’ Corner.

* The picture of the remains of the fountain in South Hill Wood on this page is adapted from an original photograph, copyright Marathon, at Geograph Britain and Ireland, made available under the Attribution-ShareAlike 2.0 Generic Licence. Any subsequent reuse is hereby freely permitted under the terms of that licence.