The southernmost part of Deptford, spilling into north-west Lewisham and north-east Brockley 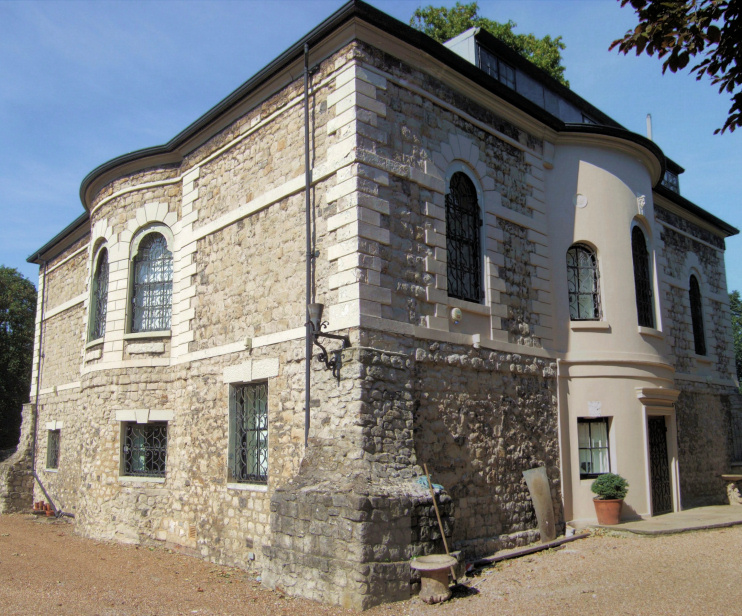 In 1773 Stone House became the area’s first signif­i­cant building. It was designed by the architect George Gibson the Younger for his own use, in a floridly church-like style that prompted it to be nicknamed the Comical House. ‘Comical’ in this context meant ‘peculiar’.

Shown in the photo above, Stone House has survived to the present day and is grade II* listed. Its sumptuous interior was metic­u­lously restored in 1993–5. This is a private residence, not open to the public and barely visible from the street.

At the end of the 18th century much of the land north of Lewisham Way was owned by Jonathan Lucas, who was away in South Carolina running a large rice milling business.

Ship­building was flour­ishing in Deptford at that time as a result of the war with France and accom­mo­da­tion for workmen and their families was in short supply, so in 1795 Lucas began to build houses on what is now Albyn Road. From 1805 Lucas laid out a series of new streets in the northern part of his estate, which was soon known as Deptford New Town. Following the second Treaty of Paris in 1815 the value of Lucas’s land declined but growth resumed after the London and Greenwich Railway came to Deptford in 1836.

Better quality houses were built after 1840, although on a smaller scale than in Brockley, its neighbour to the south-west. In 1855 St John’s church and its vicarage were built on the site of the former Lucas family home and its garden. The architect was Philip Charles Hardwick. 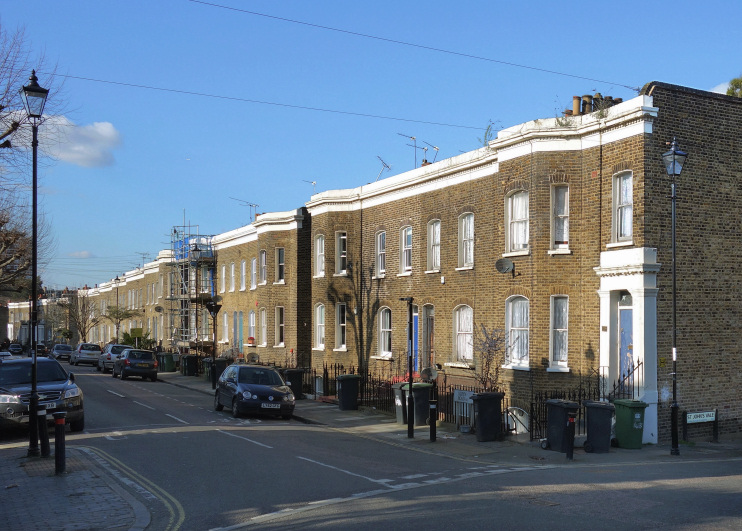 The suburb was almost complete by the time it gained its own station in 1873 and it remains rela­tively intact today. Unlike the church, the station’s name no longer takes an apos­trophe so Hidden London reluc­tantly accepts this as the way to render the name of the locality too.

The former Cranbrook pub (1854) was refur­bished and reopened as the Brookmill in 2016.

Britain’s third worst rail disaster occurred near St Johns in December 1957 when a rear-end collision in fog caused a bridge to collapse onto the wreckage, killing ninety people.

* The picture of Stone House on this page is adapted from a public domain photograph at Wikipedia and its reuse is permitted unconditionally. The picture of Albyn Road is modified from an original photograph, copyright Des Blenkinsopp, at Geograph Britain and Ireland, made available under the Attribution-ShareAlike 2.0 Generic Licence and any subsequent reuse is freely permitted under the terms of that licence.