The north-western part of Shepherd’s Bush, dominated by municipally built housing in the west and modern commercial and academic buildings in the east 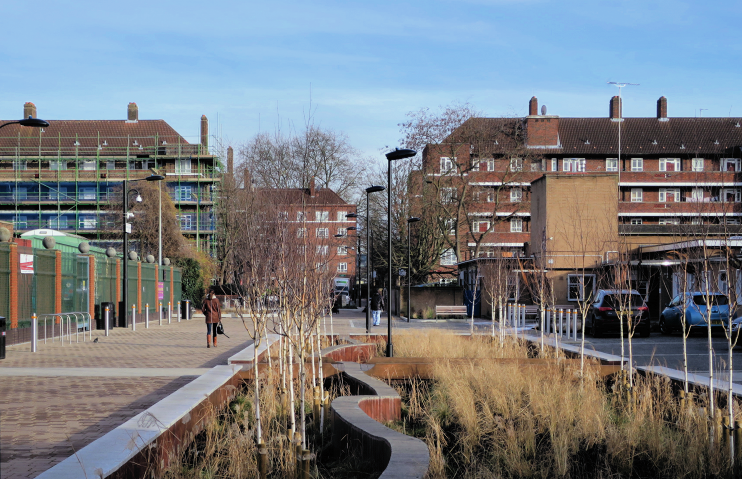 Until well into the 19th century this was a desolate area of scrubby farmland and brick­fields bisected by just one track: Wood Lane.

The West London Railway scythed through the eastern side of the area in 1844. It has since evolved to become the London Overground’s West London line. The Hammer­smith and City Railway opened in 1864 – and the nearest station to open at the same time was Shep­herd’s Bush (subse­quently relocated and later renamed Shepherd’s Bush Market), followed four years later by Latimer Road.

At that time, the only signif­i­cant struc­tures in this locality were scattered farm­houses and their outbuild­ings. Woodlane Farm was centred on the precise spot now occupied by Wood Lane station. To the west, Old Oak Farm and Wormholt Farm both stood close to what is now the junction of Bloem­fontein and South Africa Roads. ‘Wormholt’ was the original name of the terrain that became Wormwood Scrubs.

The White City – in fact, the Great White City – was a 200-acre complex built beside Wood Lane with 25 palaces and halls, most covered in white stucco, a network of Venetian-style canals and a 150,000-capacity stadium. The Jewish-Hungarian émigré Imre Kiralfy was the driving force behind the project and appro­pri­ated its name from the White City at the Chicago Columbian Expo­si­tion, which he had visited in 1893.

Inau­gu­rated in 1908, London’s White City hosted the Franco-British Exhi­bi­tion (shown below) and the Olympic Games in its first year. 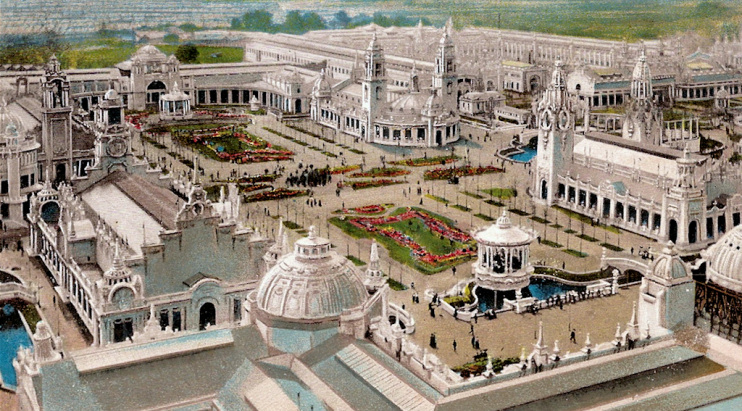 Two stations were opened to serve the exhi­bi­tion site, one as the new western terminus of the Central London Railway and one on what had by then become the Hammer­smith branch of the Metro­pol­itan Railway. Both stations were at first called Wood Lane.

The Great White City’s last show, the Anglo-American Expo­si­tion, opened on 14 May 1914 and was closed prema­turely because of the outbreak of the First World War.

In 1920 the extension of the Central line (as it is now called) to Ealing Broadway completed the railways’ dissec­tion of the locality.

To the west of the White City, Hammer­smith council built the Wormholt estate in the early to mid-1920s and to its south the Peabody Trust bought the land for the Cleverly estate in 1926 and completed the first 246 dwellings in 1929. The former estate was laid out on garden city prin­ci­ples; the latter consists of three-storey blocks designed in a style that Pevsner calls ‘Hampton Court Wrenaissance’.

By the early 1930s the White City’s exhi­bi­tion halls had fallen into dere­lic­tion but the stadium was used by Queens Park Rangers football club for two seasons. Finding this unprof­itable, the club returned to its earlier home in Loftus Road.

The London County Council demol­ished the beautiful but crumbling palaces and began to erect the 52-acre White City estate, which was completed after the war. This was the LCC’s largest estate of the period and a small part of it is shown in the photo­graph at the top of this article.*

The Central line’s Wood Lane station was replaced by the present White City station in 1947.

From the late 1950s much of the rest of the exhi­bi­tion site became home to BBC Tele­vi­sion, which opened Tele­vi­sion Centre in 1960 and progres­sively expanded its presence in the vicinity. The broad­caster built its corporate head­quar­ters on the site of the old stadium in 1990. 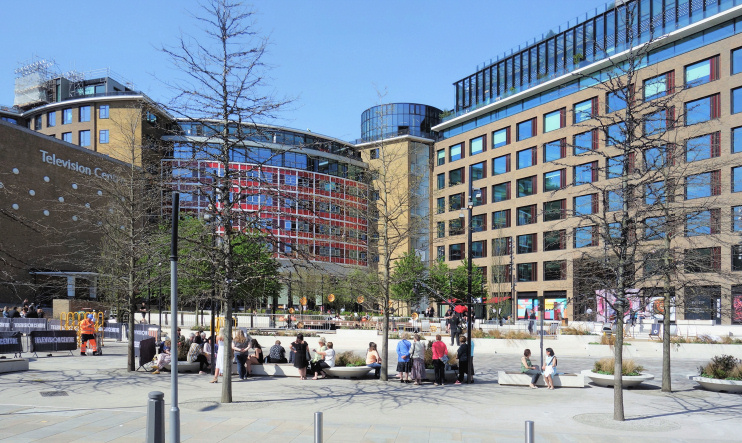 Since then the BBC has withdrawn from the majority of its premises here, primarily as a cost-cutting measure. The developer Stanhope has converted most of Tele­vi­sion Centre into apart­ments and built new blocks of flats and offices around it, as seen in the photo above.

Across Wood Lane the Westfield London ‘mega-mall’ opened in 2008 on a site formerly occupied by the White City railway depot. The present Wood Lane station opened at the same time, primarily to serve the shopping centre. A new John Lewis store will form part of an expanded Westfield in 2018.

Stanhope has enlarged its presence in the locality by purchasing the former BBC Media Village site north of Tele­vi­sion Centre, which it is rede­vel­oping as a new business district and “creative network hub” called White City Place.

The latest piece in the regen­er­a­tion jigsaw is a plan for a £65 million ‘Education City’, with a new school, nursery, adult educa­tional centre and more than 130 flats, to be built on Australia Road by Hammer­smith and Fulham council and the educa­tional charity ARK by 2023.

White City’s most famous resident was The Who’s guitarist Pete Townshend. His 1985 solo album was entitled White City: A Novel. He calls White City ‘a joke of a name’ in the track ‘White City Fighting’.

* The picture of the pedestrianised area, Australia Road, at the top of this page is adapted from an original photograph, copyright Oast House Archive, and the picture of Television Centre is adapted from an original photograph, copyright Des Blenkinsopp, both at Geograph Britain and Ireland, made available under the Attribution-ShareAlike 2.0 Generic Licence. Any subsequent reuse is freely permitted under the terms of that licence.