‘The Scrubs’ is an open space with neighbouring institutional facilities, located to the north-east of East Acton 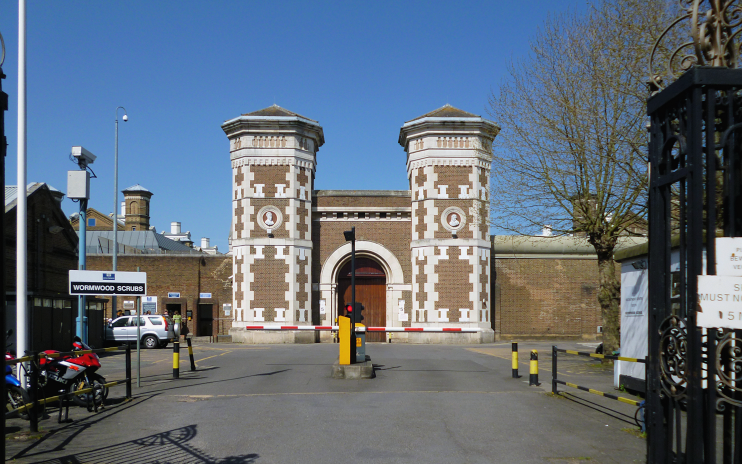 First recorded in the late 12th century as Worme­holte, then Wormholt­wode, then Wormewood, the name derived from the Old English words wyrm and holt, probably indi­cating a thicket or wood infested by snakes (rather than ordinary worms).

The wasteland created by the felling of trees had poor soil that was suitable only for grazing. Wormholt Scrubs (‘scrubs’ meaning an area of stunted trees and brushwood) formerly stretched north as far as the Harrow Road.

In 1801 the Paddington branch of the Grand Junction (now Grand Union) Canal cut off the northern section, which by that time had been mostly enclosed. From the late 1830s railway lines detached other parts of the common, which were later built on except for an area to the east, known as the Little Scrubs.

After 1859 volunteer forces conducted rifle shooting exercises on the Scrubs and in 1879 the Wormwood Scrubs Act formally created a “metro­pol­itan exer­cising ground” for the armed forces, but also made the space available for “perpetual use by the inhab­i­tants of the metrop­olis for exercise and recre­ation” when not in military use.

Shown in the photo­graph above,* Wormwood Scrubs prison was built using convict labour to the designs of penal reformer Sir Edmund du Cane. The prison replaced Millbank Peni­ten­tiary and opened in stages from 1874 onwards. A model insti­tu­tion at the time of its creation, it subse­quently gained a repu­ta­tion for low standards of sani­ta­tion and poor prisoner–staff relations, exac­er­bated by problems of overcrowding.

Hammer­smith Hospital (as it is now called) was built next to the prison in 1905 and has since been joined on the site by Queen Char­lot­te’s and Chelsea Hospital.

South of the Westway, Hammer­smith council laid out the Wormholt estate on garden city prin­ci­ples in the early 1920s.

Located at the corner of Wood Lane and Du Cane Road, the Burlington Danes Academy has evolved out of two schools that came to Wormwood Scrubs between the wars.

The West London stadium opened in 1967 at the end of Artillery Lane. It was renamed in 1993 after the most famous member of host club Thames Valley Harriers, Linford Christie.

Covering 165 acres, Wormwood Scrubs open space is the largest such amenity in the borough of Hammer­smith and Fulham. In addition to the more conven­tional play areas and sports pitches, the leisure facil­i­ties include a model aircraft runway.

In October 1966 the British spy and Soviet double-agent George Blake escaped over the wall of Wormwood Scrubs prison and fled to Moscow. He had served just over five years of a 42-year sentence for passing on secrets to the Russians – the longest jail term ever imposed by a British court.

* The picture of HM Prison, Wormwood Scrubs, at the top of this page is adapted from an original photograph, copyright Dr Neil Clifton, and the picture of the main entrance to Hammersmith Hospital is adapted from an original photograph, copyright Marathon, both at Geograph Britain and Ireland, made available under the Attribution-ShareAlike 2.0 Generic Licence. Any subsequent reuse of either image is hereby freely permitted under the terms of that licence.