Bric-à-brac at break of dawn

As its name may suggest, the Cale­donian Market began life on a site adjacent to Islington’s Cale­donian Road, where it func­tioned as a general market in the second half of the 19th century. From early in the next century its traders increas­ingly specialised in antiques – espe­cially silver­ware – and business flour­ished, but the market closed with the outbreak of the Second World War.

Some while after hostil­i­ties had ceased the market reopened in the dockland district of Bermondsey, where it continues to the present day. It’s sometimes called the New Cale­donian Market or Bermondsey Square Antiques Market because of this change of location. The market square is now hemmed in by swish new apartment blocks and a smart hotel, of a style that one might never have imagined would descend on this former working-class stronghold.

Until rela­tively recently the Cale­donian Market laboured under an infamous repu­ta­tion as a place where stolen goods might legally change hands, owing to an obscure medieval law known as market overt (or marché ouvert), which guar­an­teed a buyer title of ownership if an item was bought in good faith here between sunrise and sunset, whatever its prove­nance. The law was abolished in 1994, after which the market was said to have suffered a damaging drop in trade.

Despite a reduction in the number of stalls, this remains one of London’s most distinc­tive and char­ac­terful little markets, with traders ranging from cockney barrow boys through eastern European entre­pre­neurs to posh pensioners.

The merchan­dise is mostly bric-à-brac. Glass, brass and silver­plate are the most common materials. Jars and vases, dishes and decanters, teapots and toast racks, candle­sticks and cutlery all abound, along with figurines, deco­ra­tive boxes and antique jewellery. There’s also a well-run, though not cheap, refresh­ments stall.

If you’re a jet-lagged overseas visitor to London and find yourself awake in the middle of the night, a trip to Bermondsey could be just the ticket. Summer and winter, rain or shine, the traders start setting up their stalls at 5 o’clock every Friday morning and every­thing is open by 6am, with some of the best bargains going early (as bargains often do, but here that means really early). The market continues until two in the afternoon. 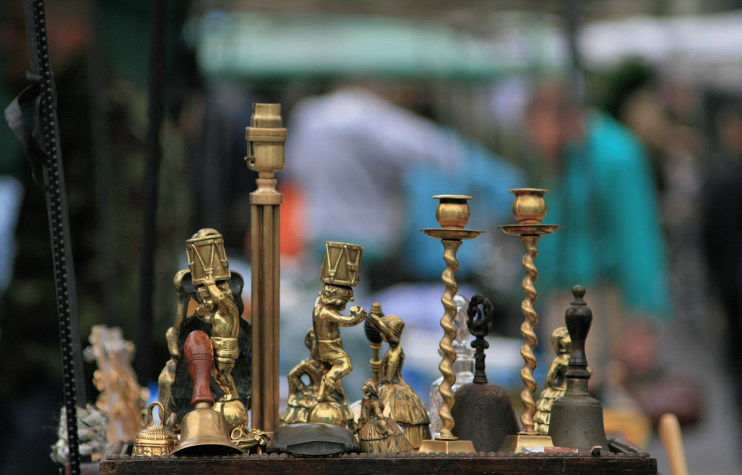