Dodo bones and a jar of moles

The Grant Museum is one of those idio­syn­cratic insti­tu­tions where a shortage of space has compelled its curators to cram the copious exhibits wherever they can possibly be fitted, so that at every turn you’re confronted by a bewil­dering array of skulls, skeletons and little creatures in preserving jars.

The museum was founded in 1827 by Robert Edmond Grant to serve as a teaching collec­tion at the newly founded Univer­sity of London (now Univer­sity College London). Edinburgh-born Grant was the first Professor of Zoology and Compar­a­tive Anatomy in England and on his arrival at the univer­sity he found no teaching materials with which to conduct his courses. He imme­di­ately began to amass specimens, material for dissec­tion, diagrams and lecture notes and these form the basis of the museum today. Grant’s fine collec­tion was augmented by several of his illus­trious succes­sors, who added some very rare specimens.

Having survived wartime bombing, ceiling collapses, flooding and threats of closure, the Grant Museum moved in 2011 to the UCL Rock­e­feller Building, which used to be the Univer­sity College Hospital medical school.

The museum occupies the school’s former library – and you may recognise it as Gotham City courtroom in Batman Begins, a film directed by former UCL student Christo­pher Nolan. If you didn’t know, you’d never guess the museum had recently relocated: it feels as though it’s been here its whole life.

The museum possesses around 67,000 specimens and as many of these as possible have been squeezed into and around the dozens of glass cases. The collec­tion embraces the remains of several extinct species, including the skeletons of a quagga (a type of zebra) and a thylacine (also known as the Tasmanian tiger) and the bones of a dodo. Other high­lights are the 99-inch wide antlers of a giant elk – acquired when a UCL zoologist saw them mounted on the wall of an Irish pub and offered to buy them – and a collec­tion of glass models of jellyfish, sea anemones, gastropods, sea cucumbers and cephalopods. To the dismay of some of the staff – but the delight of others – the museum’s most popular exhibit is a tightly packed jar full of moles. Ten of the displays have iPads attached, asking visitors to get involved in conver­sa­tions about the role of science in society and how museums should be run.

Regular public admission is a rela­tively recent inno­va­tion – a conse­quence of the university’s policy of ‘access, outreach and engage­ment’ – and the museum continues to be used exten­sively for its primary purpose as a teaching collec­tion. Temporary exhi­bi­tions are organised throughout the year, often accom­pa­nied by workshops, lectures and discus­sions. Admission is free but there are various ways you can support the museum if you’re so inclined, such as becoming a ‘friend’ or adopting a specimen. 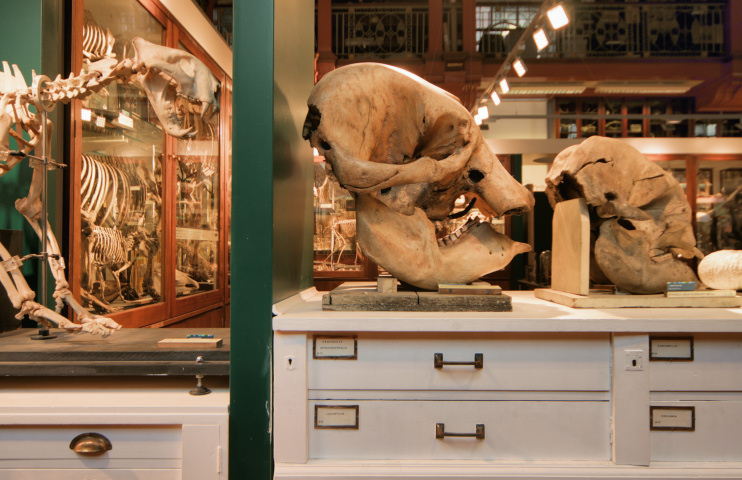 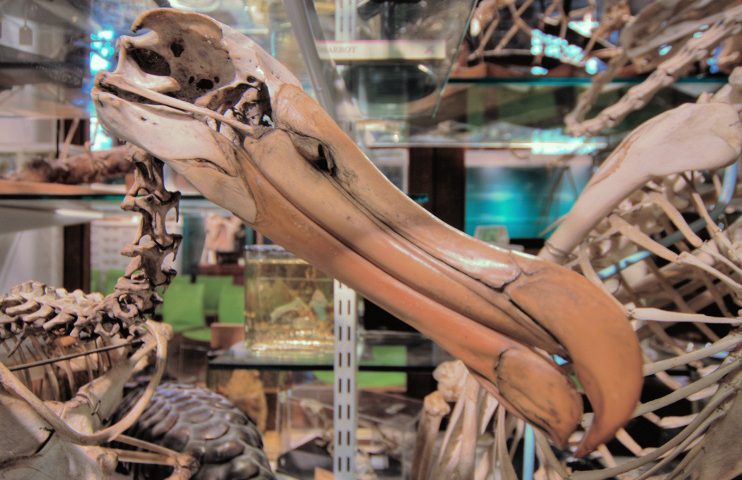 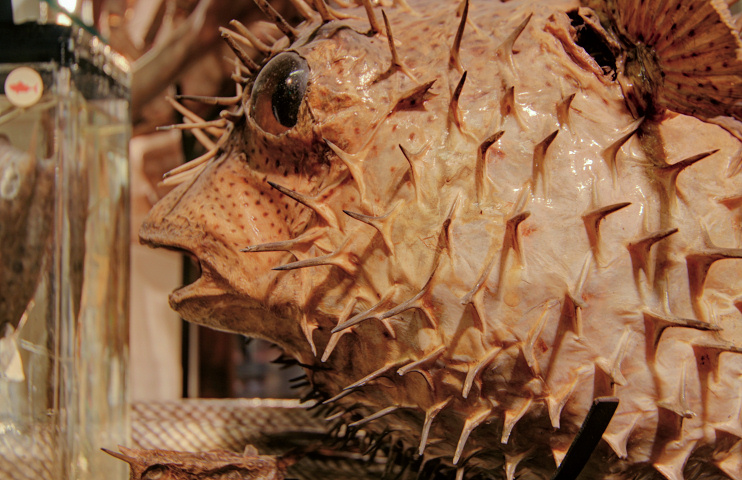 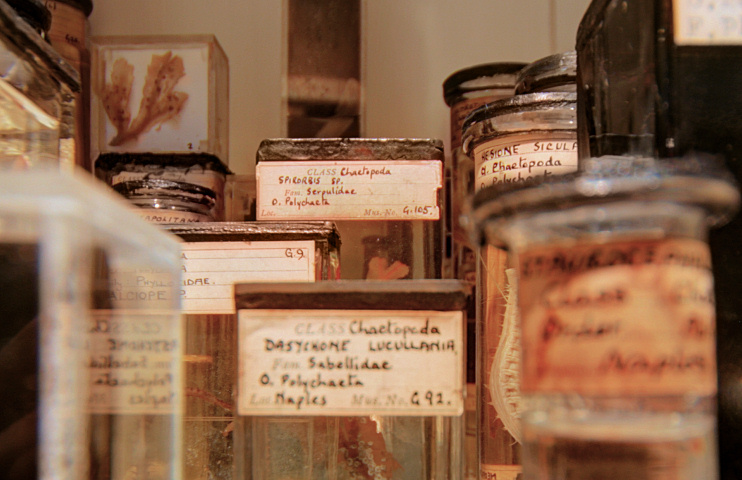 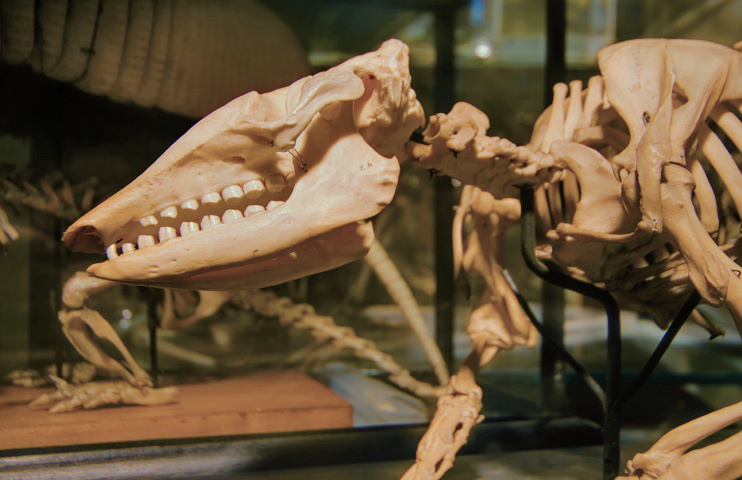 Grant Museum of Zoology, Thomas Lewis Room, Rockefeller Building, University College London, 21 University Street, London WC1E 6DE
Phone: 020 3108 2052
Website: Grant Museum, UCL
Blog: Grant Museum blog at UCL
Open: Monday–Saturday 1.00pm–5.00pm; closed on public holidays and around Christmas and New Year. There may be occasional short-term closures during a construction project that will ultimately improve the design of the foyer, create displays about the history of the teaching and research of zoology, and add an immersive ‘micrarium’ to engage visitors with some of the museum’s tinier specimens. Check the museum’s website for updates.
Admission free
Nearest station: Euston Square (Metropolitan, Hammersmith & City and Circle lines)
Nearby Welcome Collection and Petrie Museum