A classic station and its immediate vicinity, keeping New Southgate at arm’s length from Southgate 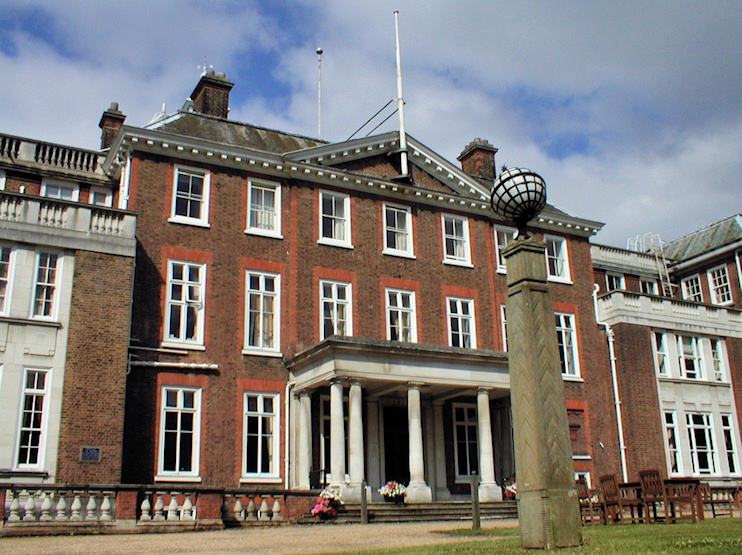 In the 14th century this area was Armholt Wood, which later became Arnolds, via the process known as ‘folk etymology’, in which an unusual word gets replaced by a more familiar one that sounds similar. When City banker James Colebrook bought the estate in 1719 he built a mansion called Arnolds in Cannon Hill, Southgate. Locals called the estate Arno’s and subse­quent owner Sir William Mayne, later Lord Newhaven, adopted and adapted this conven­tion by renaming the house and estate Arnos Grove, which is now pronounced as though it never had an apos­trophe – unlike, for example, Arno’s Vale in Bristol.

From 1777 until 1918 the estate belonged to the Walker brewing family, who increased their land­holding to over 300 acres by buying neigh­bouring Minchenden. In 1928 Lord Inver­forth, who had bought the estate from the last of the Walker brothers, sold the south­ern­most 44 acres to Southgate council, the mansion to the North Metro­pol­itan Elec­tricity Supply Company for use as offices and the rest to builders. Northmet enlarged the mansion and encased it in red brick. Shown in the photo above, it is now divided into an upmarket resi­den­tial care home called Southgate Beaumont and a wing of flats called Lulworth Court. Its location is marked with a big pink pin on the map below.

Arnos Grove station opened on the far south side of the estate in 1932. Designed by Charles Holden, the station was for its first year the northern terminus of the Piccadilly line and ranks among London’s best railway struc­tures. There was some debate over its name; Arnos Park was consid­ered and might have been more appro­priate, as this was the name the council had given to the neigh­bouring open space (shown in the photo below*), which has mead­ow­land, a railway viaduct across the Pymmes Brook valley and traces of a former loop of the New River. 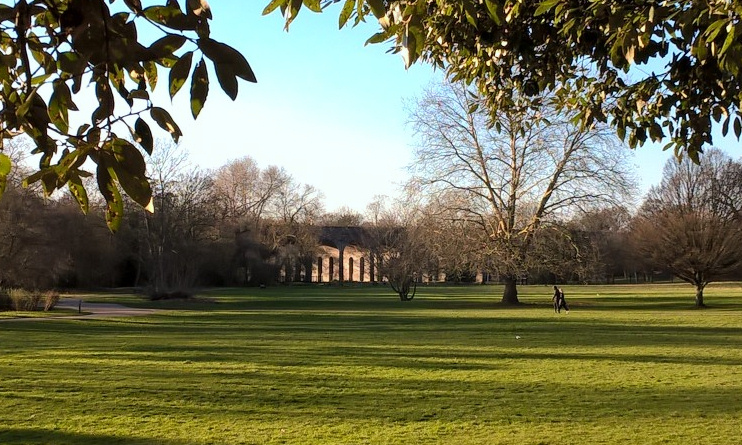 The area north of the park was built up as the classy Minchenden estate by 1939, with Arnos Grove as its central avenue. More recently, privately built flats have been added near the park in Walker Close.

* The picture of Arnos Park is cropped from an original photograph, copyright Paul Bryan, at Geograph Britain and Ireland, made available under the Attribution-ShareAlike 2.0 Generic Licence. Any subsequent reuse is freely permitted under the terms of that licence.