A compact residential locality situated between Hammersmith and West Kensington 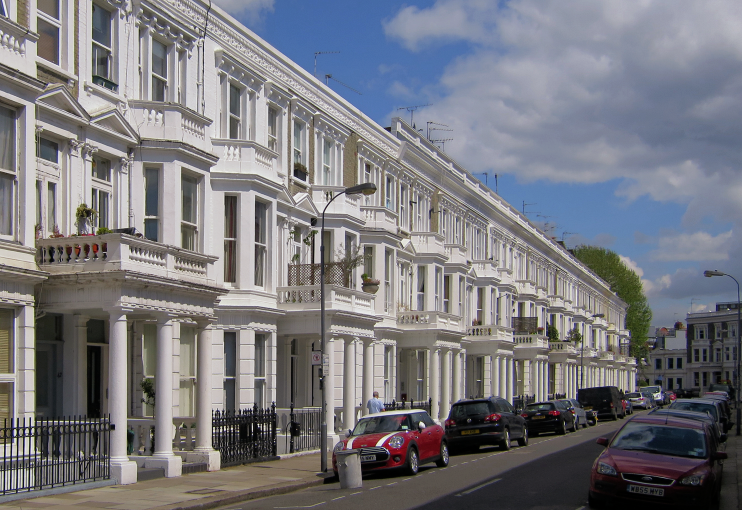 Hammer­smith (or Margravine) Cemetery was conse­crated in 1869 and soon after­wards Major Sir William Palliser built the first suburban houses to its east. Palliser was the inventor of armour-piercing projec­tiles known as Palliser shot, while his wife was famous as the model for Sir John Millais’s portrait Charlie is my Darling.

There is no evidence of any specific baron having lived here and the Barons Court name was probably just Palliser’s playful allusion to nearby Earls Court. However, one local historian questions this expla­na­tion – at least as the sole reason – and suggests a possible link with an estate in Ireland.

After recov­ering from the bank­ruptcy of their West Kens­ington Estate Company, William Gibbs and John Flew ventured into Barons Court, grad­u­ating from stucco to red brick as they moved west of Vereker Road and building a bridge over the railway line to improve access.

Frederick Wheeler built St Paul’s Studios on Talgarth Road for ‘bachelor artists’ in 1891. Any driver who’s had to sit in queuing traffic on the A4 will probably have noticed the distinc­tive outline of their huge, round-topped windows.

Barons Court station did not open until 1905, 30 years after the construc­tion of the line. Art deco terraced houses went up on Barons Court Road in the 1930s and flats replaced some bomb-damaged houses after the Second World War.

Talgarth Road was the home of the Royal Ballet School (orig­i­nally the Sadler’s Wells Ballet School) from 1947. The lower school moved to the White Lodge, Richmond Park in 1955 and the upper school to Floral Street, Covent Garden in 2003. The Barons Court building has become home to the London Academy of Music and Dramatic Art.

Estab­lished in 1886, the Queen’s Club claims to have been the first multi-purpose sports complex anywhere in the world. It is now best known for the pre-Wimbledon tennis cham­pi­onships held every June and is the national head­quar­ters for real tennis and rackets.

Mahatma Gandhi lived on Barons Court Road while studying law and and he visited the Congregationalist church on Castletown Road, which has since become the Bharatiya Vidya Bhavan, an institute for Indian art and culture.

* The picture of Perham Road on this page is adapted from an original photograph, copyright Oast House Archive, at Geograph Britain and Ireland, made available under the Attribution-ShareAlike 2.0 Generic Licence. Any subsequent reuse is hereby freely permitted under the terms of that licence.