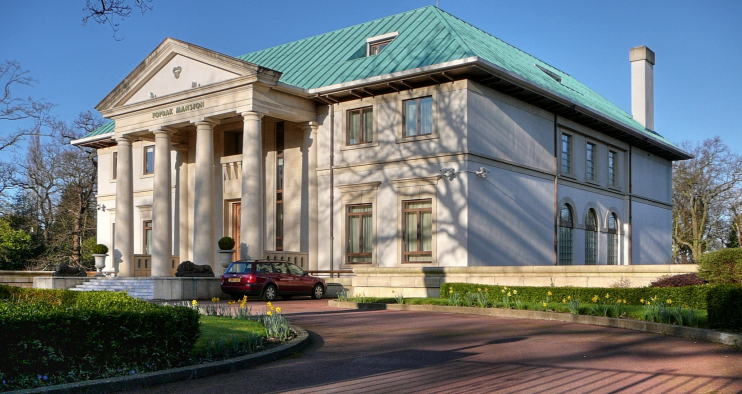 The avenue’s name derives from the bishops of London, who owned a large hunting park in the area in the late Middle Ages. Highgate golf course lies to the east and Hampstead Garden Suburb to the west.

Over the course of the 20th century ever larger and grander prop­er­ties were built here and this is now probably the most ‘desirable’ address outside central London – at least as an invest­ment, if not as a place to live. Neigh­bouring Winnington Road is almost as expensive.

One house on the Bishops Avenue, the Towers, sold for around £10 million in 1992 – a phenom­enal price at that time. Its features include an island with palm trees in the middle of its indoor swimming pool.

Another, the twelve-bedroom, eleven-bathroom Summer Palace, was built in 1991. It has a brass and crystal glass lift, a compre­hen­sive leisure complex and a central atrium. It is presently owned by the steel baron Lakshmi Mittal but is not his main place of residence in London.

Toprak Mansion (shown above) was sold in 2008 to the Kaza­khstani billion­airess Horelma Peramam for £50 million. The house had been nicknamed Top Whack Mansion but is now formally known as Royal Mansion. 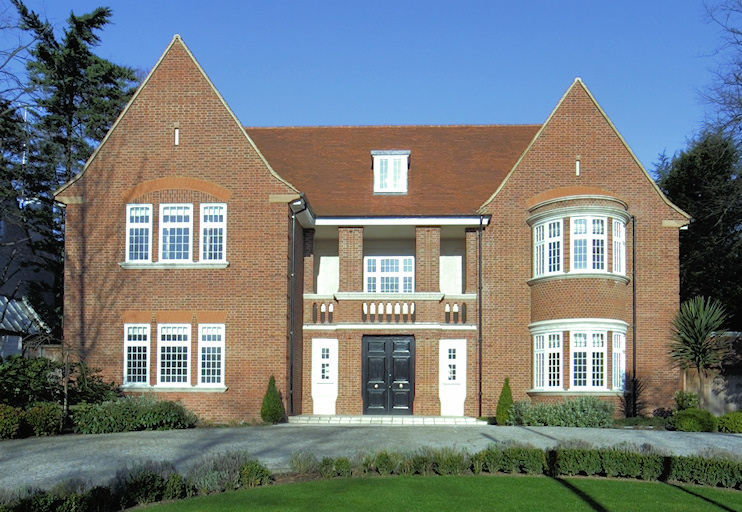 Other prop­er­ties are owned by members of the Saudi and Brunei royal families.

In May 2013 a High Court judge gave receivers KPMG the go-ahead to sell Carlton House, a £20 million Bishops Avenue mansion that belonged to Mukhtar Ablyazov, who was alleged to have misap­pro­pri­ated billions of dollars of his Kazakh bank’s assets.

London’s resident billion­aires mostly prefer to live in Kens­ington or Belgravia and in recent years several Bishop’s Avenue prop­er­ties have lain empty – sometimes prompting squatters to move in for a while.

According to a 2014 Guardian inves­ti­ga­tion, several huge houses (including the Towers) are falling into ruin after standing almost completely vacant for up to a quarter of a century.

Lately, a few houses have been replaced by high-price, low-rise apartment blocks – but one new mansion, Jersey House, was sold for £33.7 million in December 2014.

“Why not talk about Bishops Avenue / I’ve got a lovely house on Bishops Avenue,” sang Elton John in his 1988 parody of ‘Give Peace a Chance’.