A pretty village and common, separated from Greenwich Park by Shooters Hill Road and originally focused on the junction of roads to Greenwich, Woolwich and Lee 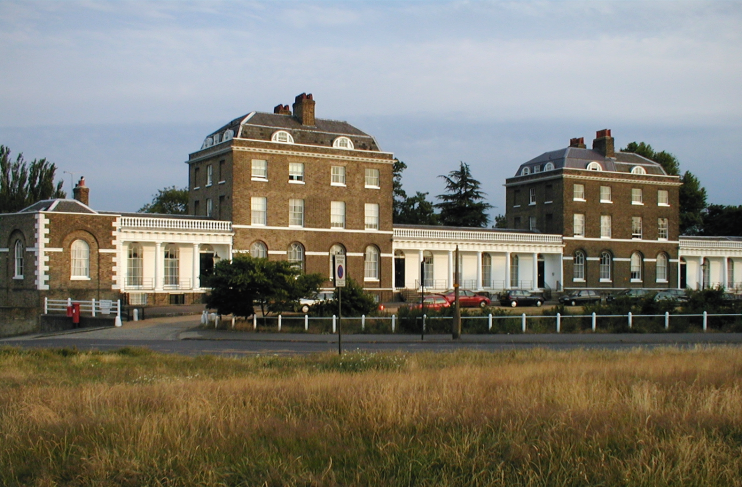 Most of Black­heath – which got its name either from the colour of the soil or from its bleakness – was in the hands of the earls (orig­i­nally barons) of Dartmouth from 1673. In addition to its use as pasture, the heath was exten­sively quarried for gravel, partic­u­larly in the 18th century. This left a terrain of craters and ravines, a few of which survived to be used as landfill sites for bomb rubble after the last war.

The first street to be completed was the pros­perous Dartmouth Row in the 1690s, but with that exception the Dart­mouths were slow to grant leases on their freehold and the heath in 1780 had just a few roadside cottages on its southern edge. It was over the next 25 years that a high class settle­ment appeared, expanding after the Napoleonic wars and acquiring the name Black­heath Village. Its present charm and popu­larity owe much to the survival of prop­er­ties dating from this period.

North-east of the village’s central triangle, impres­sive resi­dences went up on land belonging to the spec­u­lator John Cator after he began to sell leases in 1793. South Row (which did not survive the Blitz) and Mont­pe­lier Row were constructed as three-storey terraces, while the Paragon is a unique crescent of seven pairs of houses linked by colon­nades, designed by Michael Searles and shown in the photo­graph at the top of this article. 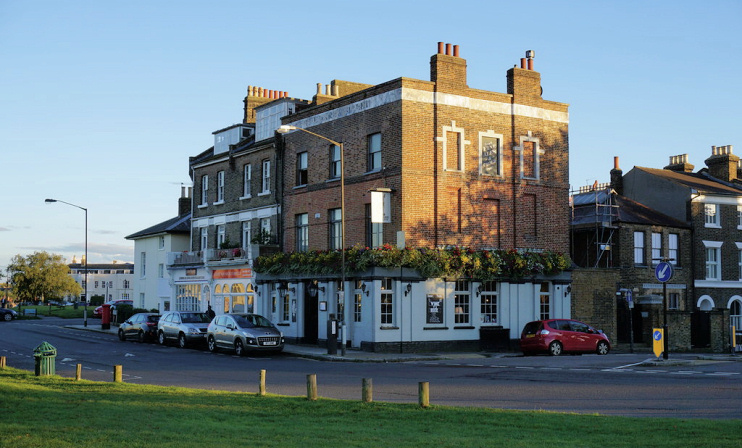 Black­heath Vale was created by the extrac­tion of sand and two windmills were erected on its perimeter in 1770. The mills survived for nearly 70 years. After the exca­va­tors abandoned the pit, the Dartmouth estate granted leases for livery stables and cottages, and between 1789 and 1810 a small village grew up in this dry and sheltered basin. Black­heath Brewery produced ales, stouts and porter in Black­heath Vale for around fifty years from the mid-1820s.

To the south-east, Black­heath Park took shape during the 1820s and 1830s and though it has since been augmented the estate has remained remark­ably unspoilt and highly superior.

The North Kent Railway Company opened Black­heath station in 1849 after local objec­tions prevented the cutting of a line through Greenwich Park. The railway stim­u­lated a housing boom in the 1860s and 70s and several of the original cottages were cleared to make way for more salu­brious prop­er­ties. At this time, the heath itself passed into the hands of the Metro­pol­itan Board of Works after the Earl of Dartmouth agreed to waive his manorial rights. Its 270 acres are now given over to kite flying, jogging and casual sports.

Blackheath has a proud sporting history. It was the site of the first golf club in England, laid out by James I, and Blackheath was one of the founder members of the Rugby Football Union. The Blackheath Harriers athletics club moved south to Hayes in 1927.

* The picture of the Hare & Billet on this page is adapted from an original photograph, copyright Bill Boaden, at Geograph Britain and Ireland, made available under the Attribution-ShareAlike 2.0 Generic Licence. Any subsequent reuse is hereby freely permitted under the terms of that licence.