Nowadays best-known as the home of London’s only theme park, Chessington is a heavily developed mid-20th-century suburb occupying most of the tongue of the borough that protrudes south beyond Hook 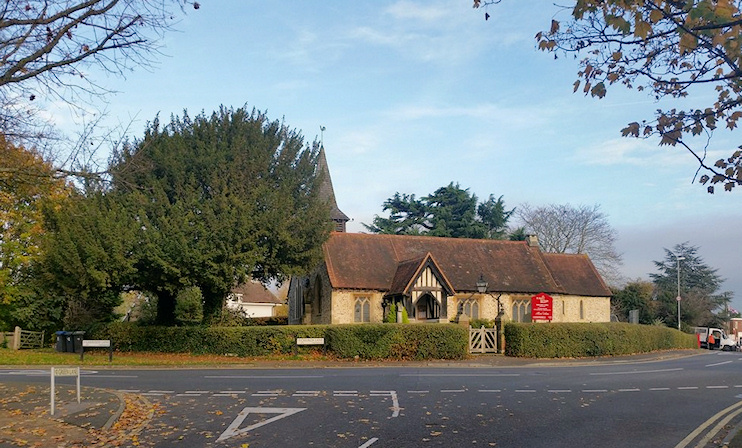 Cisendone – ‘the hill of a man named Cissa’ – was mentioned in Domesday Book and St Mary’s church appears in Merton Priory records of 1174. Chess­ington Hall was built in the early 16th century and from the 1750s it was home to the play­wright Samuel Crisp. The novelist Fanny Burney was a frequent guest at the hall and wrote part of her second novel, Cecilia, in the summer­house during the early 1780s.

Chess­ington Hall was rebuilt in 1832. Shown in the photo above, St Mary’s church was restored and enlarged in 1854, incor­po­rating elements from most of the preceding seven centuries. Chess­ington Court lay to the north, across a mile of open farmland.

Stim­u­lated by the opening of the Kingston by-pass in 1927, private and municipal housing began to fill the fields – and soon replaced Chess­ington Court.

In 1931 Chess­ington Zoo was created in the 65-acre grounds of Burnt Stub, a 19th-century house built on the site of a prede­cessor that had been burnt down to a stub by Parlia­men­tar­ians during the Civil War.

The zoo sent a baby elephant to attend the opening of Chess­ington South station in 1939. Later in the same year, George VI opened RAF Chess­ington as a barrage balloon centre for the defence of London. The base was used throughout the Second World War and was subse­quently converted to military medical use.

After the war the council built more estates in the area, including 400 homes in the grounds of Chess­ington Hall in the 1950s. The hall itself survived a little longer but was demol­ished in 1965. Having spent its latter days as a US air force base, RAF Chess­ington was sold by the Ministry of Defence and housing was built on the site in the mid-1990s. On Garrison Lane, Chess­ington school has evolved out of Fleetwood school (via Chess­ington community college) and has been almost wholly rebuilt over the past few years. 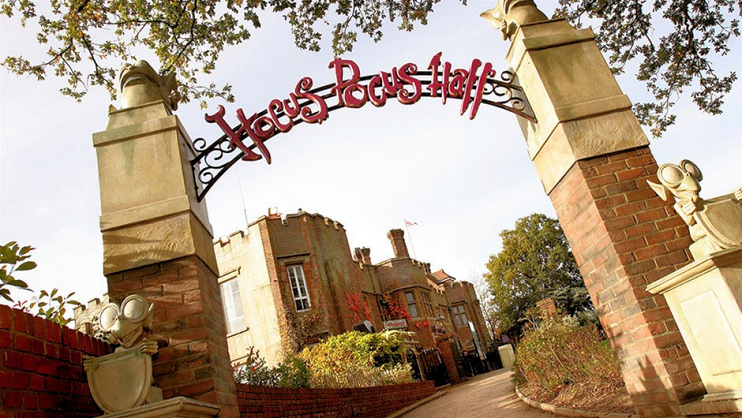 The zoo has become Chess­ington World of Adven­tures – Greater London’s only full-scale theme park – and Burnt Stub became Hocus Pocus Hall. The resort’s owners put the hall on the market in September 2018 at an asking price of £7 million. However, it doesn’t appear to have sold because in January 2019 World of Adven­tures announced that the building would soon become home to ‘Room on the Broom — A Magical Journey’, “following the success of The Gruffalo River Ride Adventure.”

There are also two on-site hotels at the resort, one of which now has four Gruffalo themed rooms. Chess­ington World of Adven­tures is outer London’s most popular paid-for visitor attrac­tion, drawing just over 1.5 million fun-seekers a year – slightly more than Kew Gardens.

The singer Petula Clark lived in Salmons Road as child, attended Lovelace Primary School and performed at street parties in Bolton Close and Hook’s Vallis Way to celebrate the end of the Second World War.

* The picture of the parish church of St Mary the Virgin, Chessington, at the top of this page is adapted from an original photograph, copyright Mike Pennington, at Geograph Britain and Ireland, made available under the Attribution-ShareAlike 2.0 Generic Licence. Any subsequent reuse is freely permitted under the terms of that licence.