A historic parkland site and surrounding suburban development, situated west of Bexleyheath and south of Welling 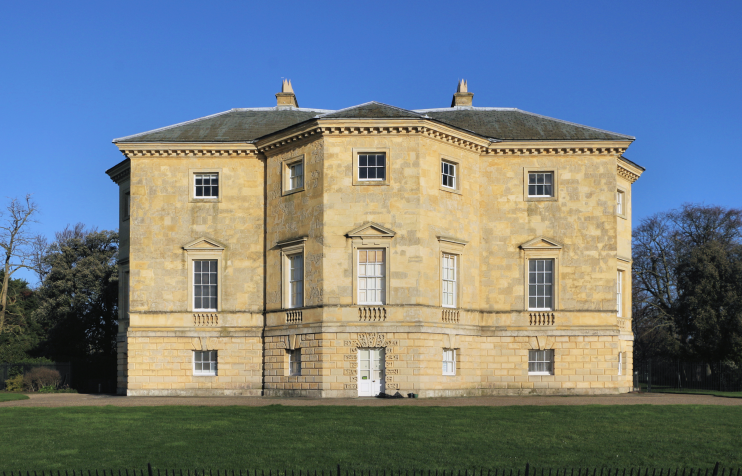 The estate was mentioned as ‘Densynton’ and ‘Dans­ington’ in the late 13th century and the name may have referred to a farmstead belonging to a man called Denesige. It had become Danston by 1327 but the final change to Danson wasn’t recorded until c.1762, when sugar merchant John Boyd commis­sioned the construc­tion of what Pevsner calls a “crys­talline villa” here.

Shown in the photo above, the villa was designed by Robert Taylor, one of the archi­tects of the Bank of England, and its grounds were land­scaped in the style of Capa­bility Brown – or perhaps by the man himself. Brown may also have been respon­sible for Chapel House, a churchi­fied cottage built on the far side of the park as an eye-catcher.

Danson House was orig­i­nally flanked by free-standing pavilions, which were demol­ished around 1800, when the present stable block was built.

In 1881 Alfred Bean – then owner of the Danson estate – began to develop the neigh­bouring suburb of Welling. Bean died in 1890 but his widow survived for another 31 years, whereupon the Danson estate was divided into lots and sold.

Bexley council bought the mansion and 224 acres of parkland for £15,000 in 1924 and spent another £3,500 converting the park for public use. The remainder of the estate was sporad­i­cally developed for housing over a period of nearly 15 years with a variety of styles and sizes ranging from semi-detached bungalows to mock-Tudor mansions, plus a handful of modernist villas. Post-war change in the Danson locality has mostly been limited to the improve­ment and enlarge­ment of existing properties.

From 1995 to 2005 Danson House was metic­u­lously restored from a state of near ruin by lease­holders English Heritage, while the stable block was converted to a pub and restau­rant, shown in the photo below. 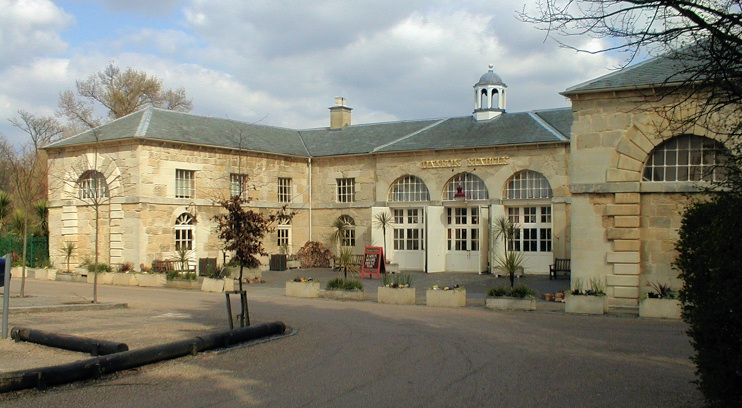 The grade I listed mansion was placed in the care of Bexley Heritage Trust, which organised exhi­bi­tions and a variety of events here. Dismally, the London Borough of Bexley revoked its grant to the BHT from the start of the 2016 financial year. The trust did not survive this body blow and the council took direct control of Danson House, making it the borough’s register office while also opening it to the public every Sunday from 10am to 4pm. It’s doubtful whether English Heritage would have drained its restora­tion funds if it had known public access would be so restricted.

The adjoining parkland is perhaps the borough’s finest open space and boasts extensive sporting facil­i­ties. The lake is used for boating and windsurfing.

Now separated from the park by the A2 Rochester Way, Chapel House has survived but it is on English Heritage’s At Risk Register.

* The picture of Danson House at the top of this page is adapted from an original photograph uploaded by ‘Primrose’ to Pixabay. The photo of Danson Stables is by the author.