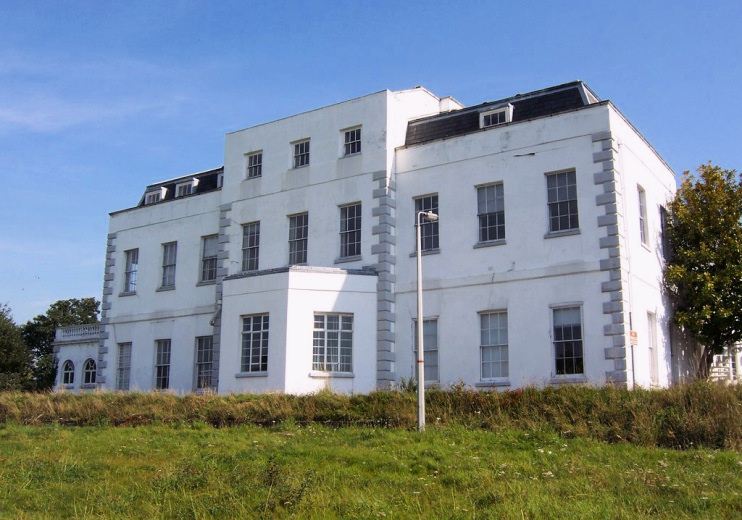 As befits a settle­ment that has given its name to the modern borough, Hillingdon has a long history. Once occupying a clearing in the dense woodland that covered the area, its name probably referred to ‘the hill of a man called Hilda’, although others have construed it as ‘the fort on a hill’ and cited dubious stories of a battle in which the Mercians defeated the West Saxons.

The church of St John the Baptist was in existence by 1100 and parts of the present structure date from the 13th century. The road to Oxford, which runs north-westwards through the middle of Hillingdon, divided the uncul­ti­vated north from the fertile south, where most of the early farms and dwellings were estab­lished. Several areas of common land had attracted settle­ment to their fringes by the late Middle Ages, including Hillingdon Heath, Colham Green, Pield Heath and Goulds Green.

The Red Lion has stood on the green west of the church since the 16th century and Charles I is said to have rested here in 1646. Numerous gentlemen’s resi­dences were built in the southern part of the parish and of the present-day survivors the most impres­sive are Cedar House (now offices) and Hillingdon Court (now a school).

Uxbridge gained economic and admin­is­tra­tive ascen­dancy over Hillingdon and the village languished until the early 20th century, when tram services to London began. In the west, the govern­ment acquired the much-rebuilt Hillingdon House (shown from the rear in the photo above) and its grounds in 1915 and estab­lished the airfield that became RAF Uxbridge.

After the First World War private devel­opers began to expand the village into a commuter suburb, although many open spaces were retained as playing fields and recre­ation grounds. The council acquired Coney Green in 1926 and an ancient earthwork was later uncovered here.

The conver­sion of the main road into a dual carriageway in the mid-1930s coincided with the fullest spate of growth to both the north and south, with the council supple­menting the efforts of commer­cial builders. The new locality of North Hillingdon came into existence at this time.

At Colham Green, post-war council estates greatly increased the popu­la­tion and Hillingdon Hospital was rebuilt in a high-rise design in 1962. The hospital has since been radically rede­vel­oped yet again.

The strength of Uxbridge as a commer­cial centre has prevented the old village from acting as a focus for the wider suburb, which has had the benefit of preserving some of its charm, despite the intrusion of the busy road.

RAF Uxbridge closed in 2010 and the site is presently being rede­vel­oped as St Andrew’s Park. Hillingdon House may be converted into a restau­rant, with office space above. The RAF station’s ‘Battle of Britain Bunker’ is open to the public.

Mary, Marchioness of Rockingham died at Hillingdon House in 1804. Her husband, whom she had married at the age of 16, served as prime minister in 1765–66 and again in 1782, when he died in office.

The astrologer and Middlesex campaigner Russell Grant was born in Harvey Road in 1952.

* The picture of the rear of Hillingdon House on this page is slightly modified from an original photograph, copyright Ian Harrison, at Geograph Britain and Ireland, made available under the Attribution-ShareAlike 2.0 Generic Licence. Any subsequent reuse is freely permitted under the terms of that licence.