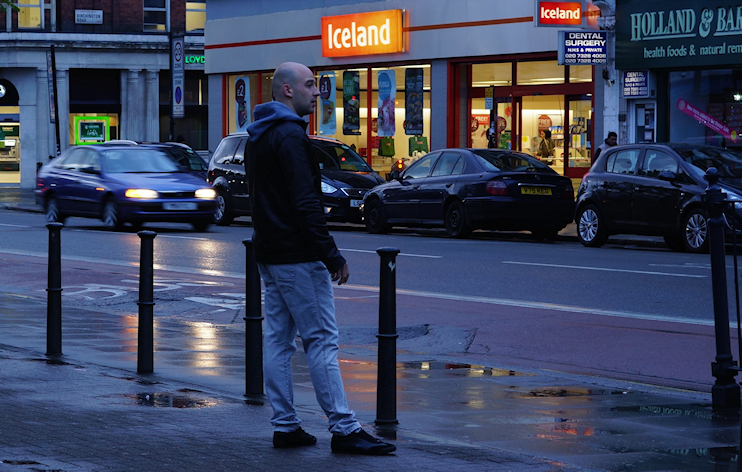 Kilburn’s name comes from a stream (which could have been ‘cold bourne’, ‘cow’s bourne’ or ‘King’s bourne’) that formerly consti­tuted the upper part of the River Westbourne.

Kilburn Priory was founded in the twelfth century on the site of a former hermitage and the Red Lion, which was said to date from 1444, may have begun life as the priory’s guest house. The settle­ment grew as a minor halt on the London to St Albans road, with coaching inns built to serve the trav­ellers along the stretch of Watling Street that is now Kilburn High Road. A medicinal well was discov­ered near the Bell inn in the early 18th century and a pleasure garden was laid out in imitation of the one at Hampstead.

After abortive attempts at estate building in the 1820s, the large houses and farms that had previ­ously lined the main road were demol­ished to make way for terraces of houses, the first of which was built in 1850 after the opening of Kilburn station on the London to Birm­ingham line.

At the same time, villas for the upper middle classes were built on the former estate of Kilburn Priory. Outlying areas like Bron­des­bury, Shoot Up Hill and West Kilburn were developed from the 1860s. A number of private schools opened, including one run by AA Milne’s father, which the writer attended, as did HG Wells and the newspaper propri­etor Alfred Harmsworth. The district became poorer later in the century, the schools closed, large houses were subdi­vided or took in lodgers, and a variety of immi­grants began to move here, espe­cially the Irish. Kilburn became a popular place for public enter­tain­ment and entre­pre­neurs estab­lished several variety theatres.

When the Gaumont State opened on Kilburn High Road in 1937 it was Europe’s most capacious cinema, with 4,000 seats. Adorned by a 120-foot tower, the cinema’s external styling – and its name – paid homage to New York’s Empire State Building, which had been built at the beginning of the 1930s. Like many of London’s grandest old picture houses, the State later became a bingo hall and is now home to an evan­gel­ical ministry.

Much of the present housing in Kilburn is the result of slum clearance programmes in the 1930s and the replace­ment of bomb-damaged prop­er­ties after the Second World War. Municipal author­i­ties built several estates of flats into the 1970s and Irish settlers were joined by West Indians, Indians and Pakistanis.

Not so many years ago, Kilburn High Road was named the ‘Music Mile’ by the London Tourist Board, with Irish and country music the main special­i­ties, performed at pubs like Biddy Mulligan’s.

Nearly all these estab­lish­ments have now gone and the Music Mile is no more, although several pubs still have an Irish flavour and/or clientele. The Kiln (formerly Tricycle) Theatre is the district’s leading cultural venue.

Only 5 per cent of Kilburn’s residents are now Irish and many of these are of the older gener­a­tion; the black African community is larger and – in the Brent half of the district – so is the black Caribbean community. Geograph­i­cally, Kilburn is shrinking as estate agents choose to market its fringes by other names; such as Maida Vale, West Hampstead, Bron­des­bury or Queen’s Park.

* The picture of Kilburn High Road at the top of this page is minimally modified from an original photograph, copyright Stéphane Goldstein, at Flickr, made available under the Attribution-NoDerivs 2.0 Generic Licence. Any subsequent reuse is hereby freely permitted under the terms of that licence.