The only village in Greater London that lies outside the M25, and the most remote from the city centre, North Ockendon is situated two miles east of Corbets Tey 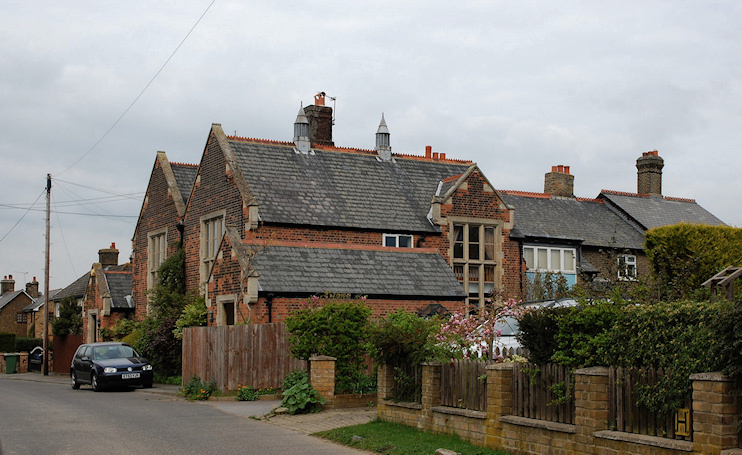 North Ockendon is a scattered farming community with labourers’ cottages at its core on Church Lane.

The flint-faced church of St Mary Magdalene dates from 1175 and retains elements from the 13th, 14th and 15th centuries. Among the monuments in the church are a number commem­o­rating members of the Poyntz family, the former lords of the manor.

In 1593, John Morris married Katherine, daughter of Sir Gabriel Poyntz, and the couple jointly gained posses­sion of the manor from Katherine’s father. A descen­dant, another John Morris, was arraigned before the House of Lords in 1647 on charges of forging various evidences, including Acts of Parlia­ment, to secure his title to North Ockendon and other manors.

A timber-framed forge and bakehouse were built on Ockendon Road in the 17th century and survive today, as do cottages dating from around 1700.

St. Mary’s Church of England school orig­i­nated in 1842 when a day school and teacher’s house were built by subscrip­tion on land in Church Lane owned by the lord of the manor, Richard Benyon de Beauvoir (of De Beauvoir Town fame). The school was rebuilt in 1902 by James Benyon for 80 children.

The village became part of Hornchurch urban district in 1935, hence its present inclusion within Greater London. 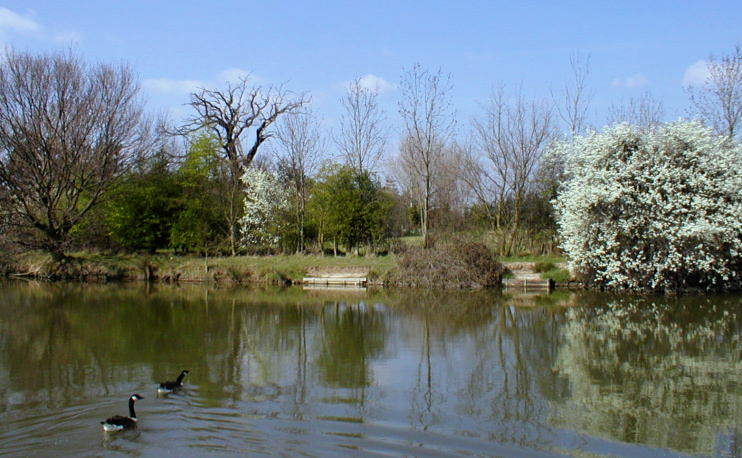 North Ockendon Hall was destroyed during the Second World War; its medieval moat (shown in the photo above) is now part of Hall Farm. The farm is a flower nursery, while the moat is popular with anglers.

The village school closed in 1981 and was for a while used as a church hall but has since been converted into two private resi­dences, shown in the photo at the top of this article.

After decades of decline, North Ockendon grew a little in 2003 – within the constraints of its green belt and conser­va­tion area protec­tion – with the construc­tion of St Mary’s Court accom­pa­nying the restora­tion of the church.

Havering’s outdoor pursuits centre Stubbers lies a mile to the west, although the house that gave the estate its name was demol­ished in 1960. The much larger settle­ment of South Ockendon falls within the district of Thurrock, in Essex.

To the north of the village, an appli­ca­tion to build 30 new homes in place of the existing dog track and kennels was rejected in 2013.

William Coys, who lived at Stubbers in the early 17th century, did pioneering work with plants and vegetables. He introduced hops as an ingredient in beer and cultivated exotic crops such as Jerusalem artichoke, ivy-leaved toadflax and the first yucca to flower in England.

* The picture of the former village school at the top of this page is adapted from an original photograph, copyright Trevor Harris, at Geograph Britain and Ireland, made available under the Attribution-ShareAlike 2.0 Generic Licence. Any subsequent reuse is freely permitted under the terms of that licence.