Now just a short section of the A10 linking Bishopsgate with Shoreditch High Street, Norton Folgate was formerly a well-known mercantile neighbourhood 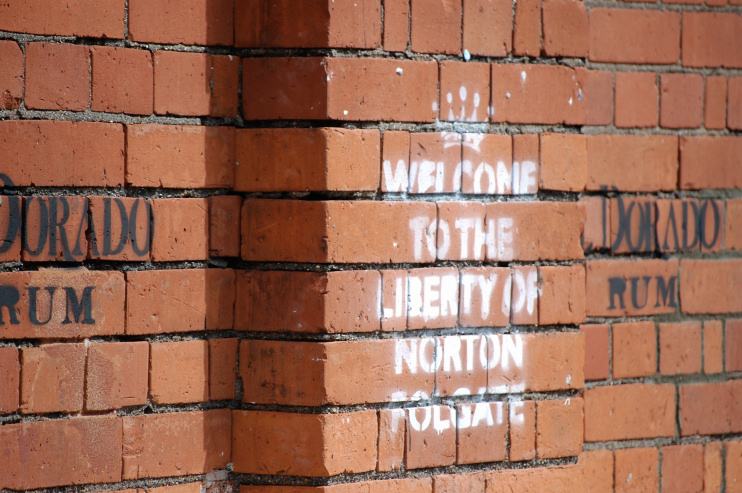 Norton Folgate was once so familiar to most Londoners that Mr Burgess could say, in GB Shaw’s play Candida, “I never met a man as didn’t know Nortn Folgit before.”

Until its merger with the parish of Spital­fields in 1911, Norton Folgate was an extra-parochial liberty, which meant that it was outside the influence of the church.

The play­wright Christo­pher Marlowe was living here in 1589. A century later Spital Square and its surrounding streets began to fill with fine homes for silk merchants and master weavers, while artisans and jour­neymen occupied the diverging alleys and courts.

The City of London theatre, which specialised in ‘domestic and temper­ance melodrama’, opened on Norton Folgate in 1837 and closed in 1868. Puma Court, east of Spital­fields market, has almshouses ‘for the poor inhab­i­tants of the Liberty of Norton Folgate,’ built in 1860 to replace those of 1728.

Norton Folgate’s resi­den­tial popu­la­tion declined during the course of the 19th century as premises were converted to ware­houses and businesses.

When London’s admin­is­tra­tive bound­aries were redrawn in 1900 a small part of Norton Folgate was included in the Metro­pol­itan Borough of Shored­itch but the majority went to Stepney. 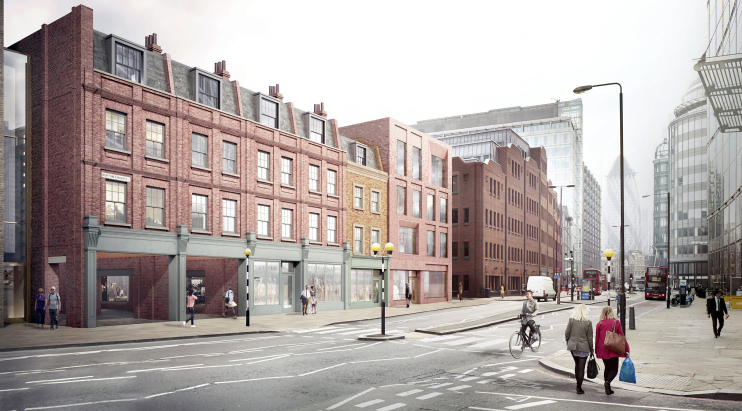 Most of Norton Folgate is now occupied by modern offices and more will appear in the near future as the City spreads north­wards into Shored­itch. In partic­ular, British Land will be rede­vel­oping the quarter known as the Shored­itch estate following Boris Johnson’s favourable inter­ven­tion when he was mayor of London. Johnson’s decision was upheld in the High Court in May 2016. Blossom Street, as that devel­op­ment is now called, involves the construc­tion of several new buildings and the restora­tion of some existing ones, such as the group shown on the left in the CGI above, viewed from the corner of Norton Folgate and Worship Street. Work will get underway in the second quarter of 2019.

Dennis Severs’ house at 18 Folgate Street is an enchanting recre­ation of a Huguenot silk weaver’s family home. Its restricted public opening allows visitors to expe­ri­ence the sights, sounds and smells of domestic life in the 18th century (or there­abouts) in a way that no mass access museum can achieve.

The picture entitled Welcome to the Liberty of Norton Folgate at the top of this page is reformatted from an original photograph, copyright Dees Chinniah, at Flickr, made available under the Attribution-No Derivatives licence. Any subsequent reuse is freely permitted under the terms of that licence.