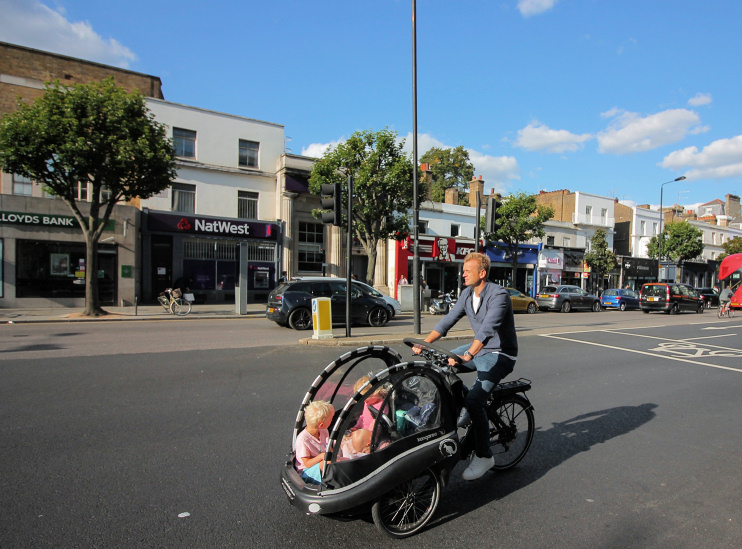 This was a lonely stretch of the ‘way to Uxbridge’ with a few cottages beside the Kens­ington gravel pits until a tollgate was set up in the mid-18th century. The gate stood at the junction with what was then Porto­bello Lane, now Pembridge Road, and was rebuilt twice over the following 100 years. As neigh­bouring streets were laid out, bars were placed across them to prevent trav­ellers from evading the toll.

A higgledy-piggledy set of dwellings grew up along the roadway, some of which were demol­ished in the late 1860s when the railway first came through. Coaches and omnibuses ran to several desti­na­tions in west Middlesex and numerous inns were built here, which were progres­sively replaced by shops.

South of the main road, spec­u­la­tive devel­opers crammed working-class families into back­street terraced houses that are now highly sought-after and dubbed Hillgate Village. In 1900 (when the Central line arrived) a local clergyman described condi­tions here as “worse than the East End” – but vicars were always saying that sort of thing about the less salu­brious parts of their parishes.

In the late 1950s Notting Hill Gate was brutally rede­vel­oped in a road widening programme, creating a monot­o­nous streetscape out of what had formerly been a char­ac­terful if messy thor­ough­fare and combining the two under­ground stations within a single concourse.

The shopping facil­i­ties at Notting Hill Gate are unex­citing compared with nearby Porto­bello Road and its offshoots but the locality has some chic eateries. The artist Damien Hirst ran the ultra-trendy Pharmacy restau­rant here from 1997 to 2003, selling its fixtures and fittings for £11 million after its closure.

Notting Hill Gate has four venues that are popular with the cultural cognoscenti: the Coronet opened as a theatre in 1898, was converted to a cinema after the First World War and became home to the Print Room theatre in 2015; The Gate was converted from a coffee palace into the Electric cinema in 1911 and took its present name in 1985; The Gate Theatre was estab­lished in 1979 in a room above the Prince Albert pub on Pembridge Road and is nowadays dedicated to producing a reper­toire with a wholly inter­na­tional focus; the Notting Hill Arts Club hosts live music, niche club nights and art exhibitions.

*The picture of the Print Room at The Coronet is adapted from an original photograph, copyright Julian Osley, at Geograph Britain and Ireland, also made available under the Attribution-ShareAlike 2.0 Generic Licence. Any subsequent reuse of that image is freely permitted under the terms of its licence.