A primarily interwar settlement bordered by Monks Orchard to the north, West Wickham to the east, Addington to the south and Shirley to the west 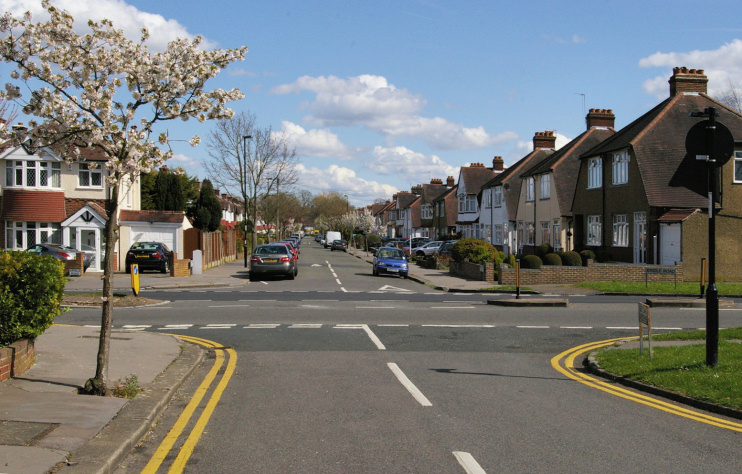 This was a patch of inferior farmland until it was enhanced in the first half of the 19th century by the addition of new roads and an accom­pa­nying change of identity from Cold Harbour to Spring Park (an existing local name) as part of a plan to encourage the building of mansions in the area.

A wealthy MP, Sir John Temple Leader (who later started a sizeable British colony near Florence in Italy), bought Spring Park in the mid-1830s and engaged the inno­v­a­tive Hewitt Davis as tenant farmer. By improving the soil and drainage, Davis trans­formed the land from rough heathland into a model farm. Agri­cul­tural asso­ci­a­tions organised trips here to learn from his achievements.

Spring Park House stood on the present-day Farm Drive, at first in isolation but gradually encroached upon by lesser prop­er­ties. Suburban devel­op­ment started in the 1920s and accel­er­ated in the 1930s, absorbing the hamlet of Starve Acre on the Addington Palace estate.

After the Second World War council housing filled the remaining gaps, with only the municipal open spaces escaping development. 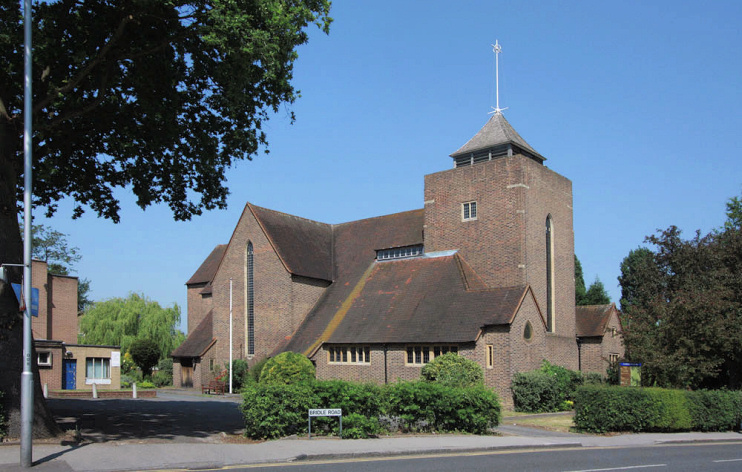 Shown in the photo­graph above, All Saints church is a distinc­tive structure built in 1956 by the archi­tec­tural part­ner­ship Curtis Green, Son and Lloyd. It is a grade II listed building.

The City of London cares for the heathland and coppiced woods of Spring Park, at the bottom right corner of the map below.

Smaller clumps of the woodland also survive around Miller’s Pond and north of Links View Road, which was named for a former golf course laid out in 1922 on land now covered by the Shrub­lands estate. Links View Road (seen across Bridle Road) is shown in the photo­graph at the top of the article.

Many Shirley and West Wickham telephone numbers include the digits “777” because this was the numeric equivalent of the first three letters of SPRing Park.

* The picture of Links View Road at the top of this page is adapted from an original photograph, copyright Christopher Hilton, and the picture of All Saints church, Bridle Road, is slightly modified from an original photograph, copyright John Salmon, both at Geograph Britain and Ireland, made available under the Attribution-ShareAlike 2.0 Generic Licence. Any subsequent reuse is freely permitted under the terms of that licence.