A gentrified part of north-east Twickenham, separated from Isleworth by the River Crane 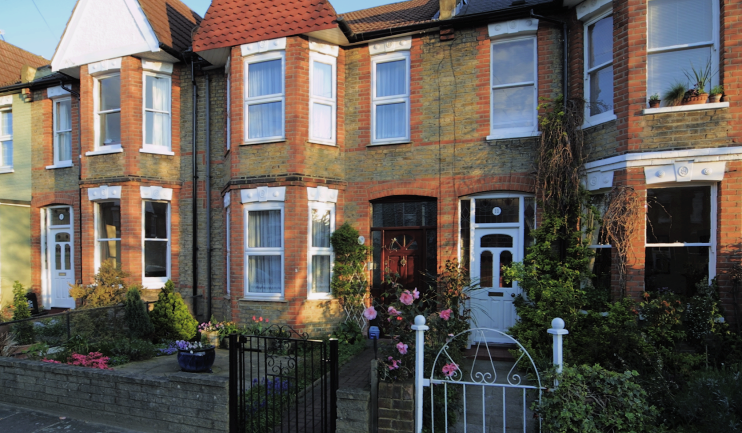 From the 16th century this area was the northern part of Twick­enham Park, with a house on the boundary of Isleworth and Twick­enham parishes. The house was demol­ished by 1805 and the estate was broken up.

Around 1830 the Marquis of Ailsa built a house called St Margarets on the site of a 17th-century property that had once been home to the dramatist Richard Sheridan. The marquis died in 1846 and the St Margarets estate was put up for sale in the 1850s. Ailsa’s house was demol­ished and replaced by one built for – but never occupied by – the second Earl of Kilmorey. In 1856 this house became home to the Royal Naval school.

In 1867 the earl rebuilt the neigh­bouring Gordon House, which also subse­quently became part of the naval school. By this time, new roads had been laid out on the St Margarets estate, but little building had taken place.

The station opened in 1876, well to the south of the house from which it took its name – and effec­tively redefining the extent and focus of the St Margarets area. Despite the railway connec­tion, growth remained sluggish and devel­opers resorted to building terraced cottages instead of detached villas. By the end of the 19th century St Margarets was fully built up.

The construc­tion of Twick­enham Bridge and the Chertsey Road in the early 1930s neces­si­tated the demo­li­tion of some prop­er­ties here but others were built further west. Kilmorey House (formerly St Margarets) was hit by a bomb in 1940, after which the Royal Naval school moved away and the buildings later became a teacher training college. The college passed went through a series of identity changes before it closed in 2005, with the remaining staff and students moving to Brunel University’s Uxbridge campus.

The St Margarets area was consid­ered merely ordinary for much of the 20th century but it is now very popular with members of the profes­sional classes. The ward of St Margarets and North Twick­enham has one of the highest employ­ment levels in London. Most residents are white, univer­sity-educated homeowners.

Charles Dickens lived with his family at Ailsa Park Villas during the summer of 1838.

The Turk’s Head pub featured in the Beatles’ film A Hard Day’s Night, while the Fab Four lived in Ailsa Avenue (shown in the photograph at the top of the page) in Help! Both films’ interior scenes were shot at nearby Twickenham Studios.