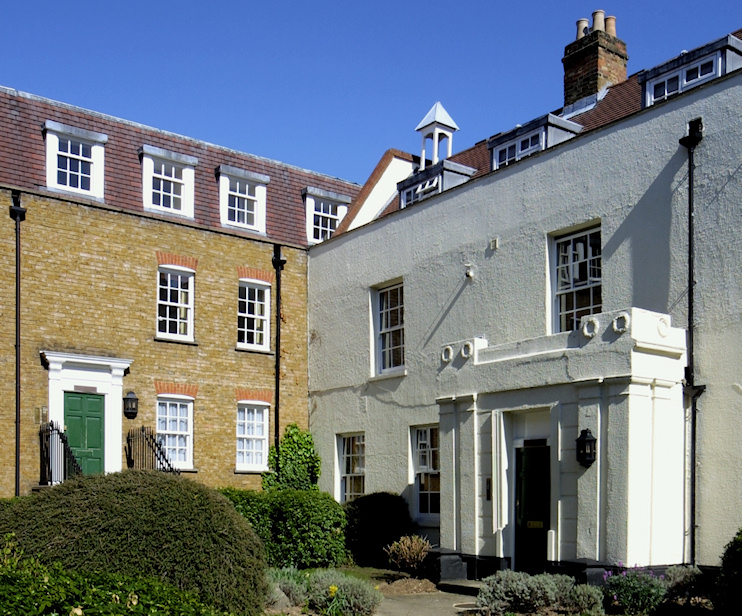 Stroud Green’s name is of 15th-century origin and indicated a marshy place overgrown with brushwood.

The first large building here was Stapleton Hall, which is shown in the photo above and was built in 1609 for Thomas Draper (about whom little is known), possibly on the site of an earlier house. The Stapleton family became the hall’s absentee landlords in the 18th century. Stapleton Hall had an 80-acre farm in the mid-19th century and its owner at that time was reluctant to sell the land for devel­op­ment – but the coming of the railway made this such a prof­itable prospect that he could no longer resist.

House­building began around 1870 and spread from Stroud Green Road (orig­i­nally Tollington Lane) north-eastward into Hornsey parish, with the grandeur of the terraced streets increasing as the new district thrived. Three storeys became the norm.

Many of the streets have names with royal asso­ci­a­tions – Cornwall Road, for example (shown in the photo below), is named for the duchy, not the county itself. 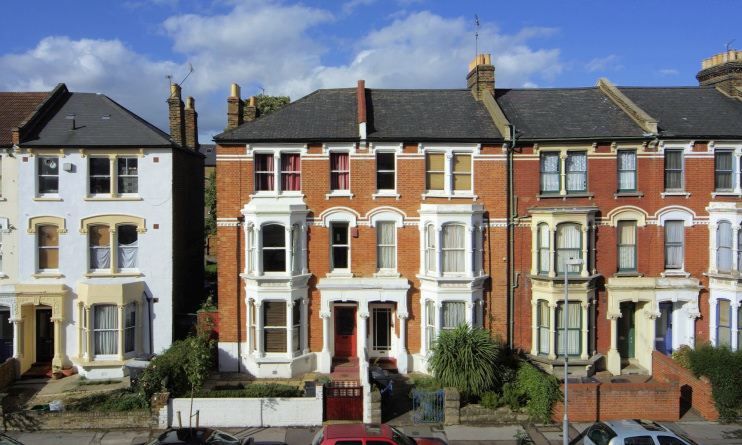 Stroud Green gained its own station in 1881, on the Edgware, Highgate and London line, with shops and coal delivery offices around it. Such was the density of building that newish houses had to be demol­ished to make way for Stroud Green school in 1897. Stroud Green station closed in 1954 and the railway track has now become the Parkland Walk. Stapleton Hall was converted to apart­ments and given new wings in 1989.

Many houses have been subdi­vided and the locality is favoured by flat-sharing young graduates with rela­tively well-paid jobs.

Stroud Green Road has been touted as becoming a multi­cul­tural version of Isling­ton’s Upper Street, which is over-opti­mistic (assuming the latter’s upmarket character is a good thing) but with a hint of credibility.

Although mainly white, Stroud Green has signif­i­cant black Caribbean and African minori­ties. At Stroud Green primary school the main languages, other than English, are Turkish, Yoruba, French, and Twi-Fante, which is spoken primarily in southern Ghana.

More than half of 16- to 74-year-olds in Haringey’s Stroud Green ward are qualified to degree level or higher and 60 per cent of the adults are single – excep­tion­ally high figures. At the 2011 census, 48 per cent of those answering the question on faith stated that they had no religion, the highest propor­tion in London.

Thanks to Gillian Tindall for correcting some mistaken information about Stapleton Hall that had previously appeared in the above article.