A family-friendly corner of Hornsey, merging with Crouch End to the west of Ferme Park Road 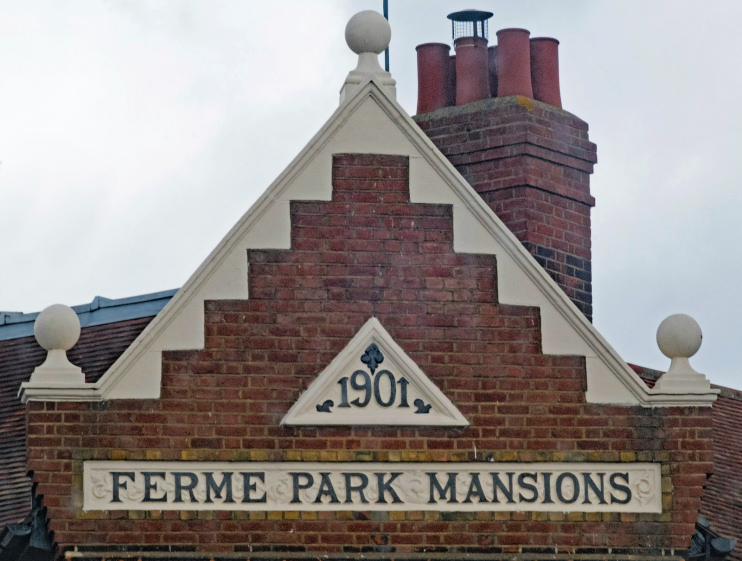 Until the late 1870s the ridge running across the district was known as the Hog’s Back and its slopes consisted of farmland with just a few mansions, including Womersley House, the home of Oxford Street retailer Peter Robinson.

Within the space of a few years the large houses were bought up and replaced by a succes­sion of devel­op­ments, including the Streatham and Imperial Estate Company’s Ferme Park estate, which filled part of Farn­fields manor (also known as Harringay manor).

Many of the early residents were Hornsey tradesmen, indus­trial workers or lower middle-class commuters.

The Roman Catholics of Stroud Green erected a temporary chapel on Womersley Road in 1894 and two years later began building the church of St-Peter-in-Chains.

The Stationers’ Company moved its Fleet Street-based school to Mayfield Road in 1895 and the London Diocesan Home Mission built an iron church on the same road three years later, which was replaced by the red-brick St Luke’s in 1903.

By the 1920s Hornsey Vale had some pockets of poverty but it has steadily risen in popu­larity since the Second World War, although a number of prop­er­ties have been subdi­vided into flats.

The London Borough of Haringey was estab­lished in 1965 and two years later the council created Hornsey school for girls out of Hornsey high, Hornsey county, and Clemence Cave schools. At first the new school used Hornsey high and Clemence Cave schools’ premises, with huts and the halls of Ferme Park Baptist church. Meanwhile, all the homes, the Abyssinian public house and other premises on Spencer, Hanbury, Canon, Enfield and Gordon Roads were compul­so­rily purchased and demol­ished to make way for the school’s purpose-built home on Inderwick Road, which opened in 1971.

St Luke’s church, which had never been a success, was converted to flats later in the 1970s. The Stationers’ school closed in 1983 and its site was split into several parts, which are now occupied by the Abyssinia Court close care devel­op­ment, Weston Park primary school and the Hornsey Vale community centre. Created in 1987, Stationers Park is a small but highly regarded open space with an impres­sive children’s play area.

Although the film’s credits call this Crouch End, location shooting for the ‘rom-zom-com’ Shaun of the Dead (2004) took place in Hornsey Vale. Our hero’s home is on Nelson Road.

* The picture of the gable, Ferme Park Mansions, Hornsey Vale at the top of this page is slightly modified from an original photograph, copyright Julian Osley, at Geograph Britain and Ireland, made available under the Attribution-ShareAlike 2.0 Generic Licence. Any subsequent reuse is freely permitted under the terms of that licence.