The hill is part of the Northern Heights that extend eastward from Hampstead and Highgate, while the road of that name links Stroud Green with Crouch End 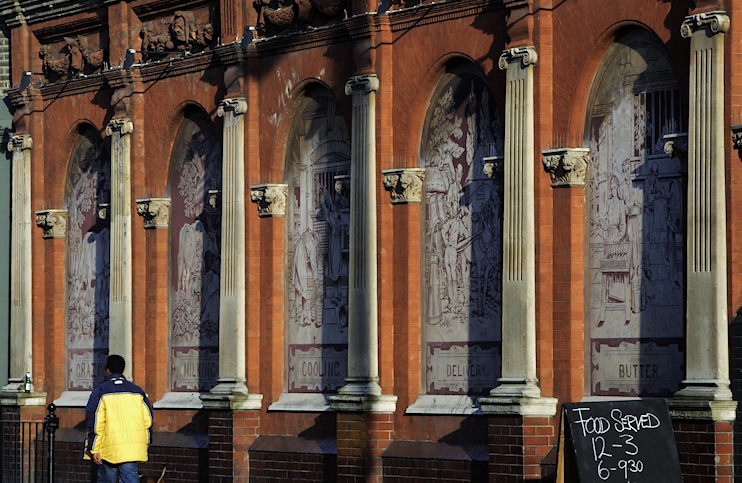 The farmland here was sprinkled with superior villas in the first half of the 19th century, of which a couple survive in altered form – at numbers 118 and 120 Crouch Hill. A few yards to the north, on the opposite side of the road, Park Chapel was built in 1854–5. The Gothic ragstone structure was extended in several stages as the district’s Congre­ga­tional community expanded.

Crouch Hill station opened in July 1868 on a very circuitous route that closed after 18 months. The station reopened in October 1870 on a line that ran here from Moorgate, via Kentish Town. Although this was far from being London’s most successful railway, it was useful enough to prompt suburban house­building along Crouch Hill and in new streets branching off it. To the east, John Farrer was respon­sible for Cecile Park in the 1880s and 1890s. To the west and along the upper section of Crouch Hill are houses by local builder WJ Collins, influ­enced by the work of R Norman Shaw. No.113 Crouch Hill is espe­cially elaborate and may have been a show house for the estate.

In the late 19th century the Friern Manor Dairy Company ran several farms in north London, owned more than two dozen retail outlets for its produce and had a head office in Hatton Garden. The dairy company’s ornate shop at the foot of Crouch Hill dates from around 1890 and is espe­cially notable for its seven distinc­tive sgraffito panels, five of which are shown in the photo­graph above. The illus­tra­tions depict very tradi­tional methods of milk and butter produc­tion and delivery but the company was actually a pioneer of new tech­nology, so the panels were just an adver­tising gimmick – an exercise in nostalgia.

During the interwar years Crouch Hill saw extensive rebuilding along its southern half, and the borough of Islington later added some council housing, notably the Holly Park estate’s 17-storey Ilex House, completed in 1972. Many of the area’s larger houses have been subdi­vided into flats.

In 1981 the poorly served station at Crouch Hill became a stop on the newly created Gospel Oak to Barking service, now part of the London Over­ground network. Halfway up Crouch Hill the road crosses the Parkland Walk, which opened in 1984 in place of a railway line that used to run from Finsbury Park through Stroud Green, Crouch End, Highgate, Cranley Gardens and Muswell Hill to Alexandra Palace. The photo­graph below was taken on the Parkland Walk. 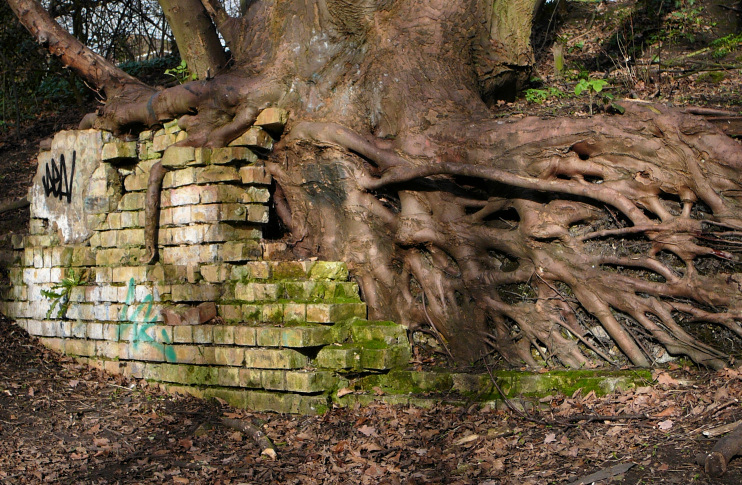 There are shops, pubs and a mixed bag of service providers at each end of Crouch Hill, forming a contin­u­a­tion of the amenities of Crouch End Broadway in the north and of Stroud Green Road in the south. The ‘old dairy’ was converted into a bar and restau­rant in 1997. It closed during the covid-19 pandemic and there is no indi­ca­tion of when or if it will reopen.

The redundant Park Chapel served as a recording studio until permission was granted in 2012 to convert the building into flats. Bob Dylan, Radiohead and Depeche Mode are among those to have used the studio.