A former industrial, commercial and railway area beside the River Lea that was transf­ormed for the 2012 Olympic Games 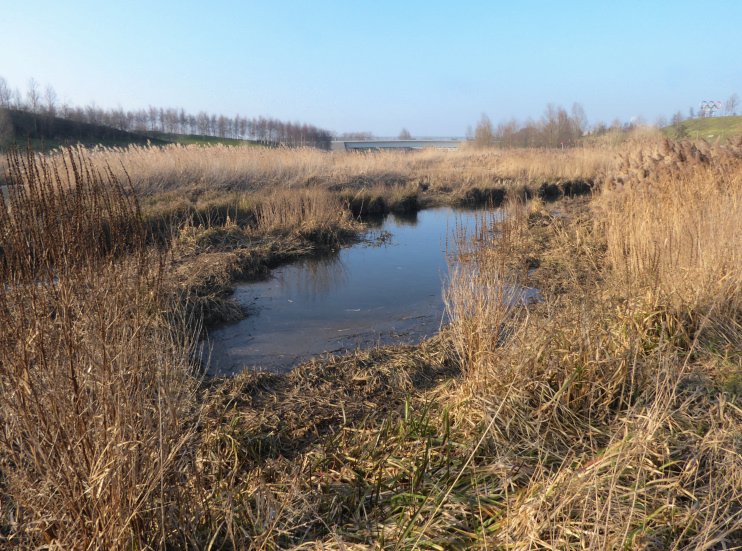 A crossing point on the River Lea brought early human activity to this locality and evidence has been found of a Roman camp nearby.

In 1185 William of Hastings, steward to Henry II, granted land here to the Knights Templar, who later built wooden water­mills. After the disso­lu­tion of the order in the 14th century their property passed through a variety of hands (including the Crown’s) and milling and related agri­cul­tural indus­tries continued to grow. The name Tempylmylle was first recorded in 1461.

A White Hart tavern stood at Temple Mills from the early 18th century.

In the latter part of the 19th century the mills were demol­ished and the Great Eastern wagon works were moved north­wards from Stratford, with marshalling yards spreading inex­orably. The works were modernised in 1958 as part of a programme that made them the largest in Britain. British Rail later added a Freight­liner terminal.

The wagon works closed in 1983 and railway utilities progres­sively vacated other parts of the site over the following few years.

The Corpo­ra­tion of London relocated Spital­fields market to a site north of Ruckholt Road in 1991 and the A12 East Cross Route was constructed across Temple Mills later in that decade. 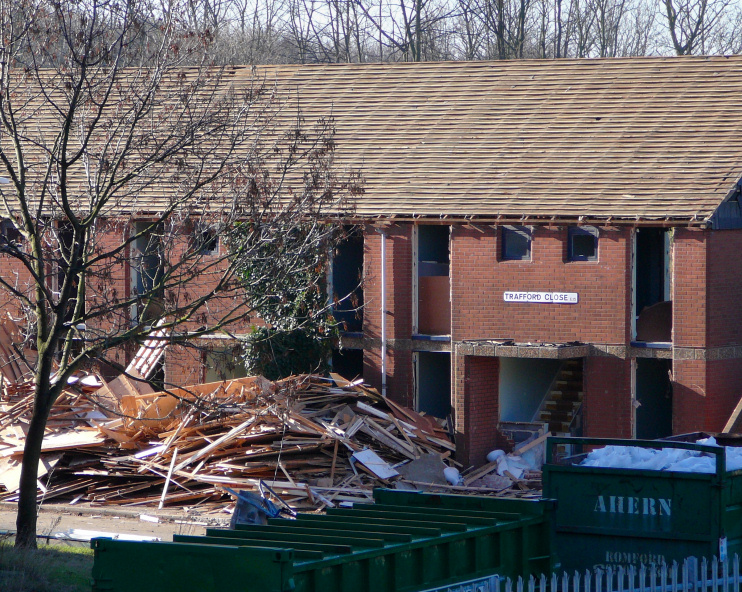 A swathe of Temple Mills was scarred by construc­tion work on the Channel Tunnel rail link and the entire southern half of the locality was then trans­formed for the 2012 Olympic Games. Derelict land was reclaimed, factories and ware­houses were flattened, as were social housing, a trav­ellers’ site and students’ accom­mo­da­tion in the surpris­ingly hilly area around Clays Lane – a road now erased from the face of the earth. The photo above, taken in February 2007, shows the demo­li­tion of houses on Trafford Close in advance of the Olympics.

Most of the area once occupied by the Temple Mills wagon works, sidings and goods sheds has now meta­mor­phosed into East Village, with Westfield Stratford City to the south and Stratford Inter­na­tional station between the two.

North-west of East Village a ‘vibrant new community’ called Chobham Manor has recently taken shape. The photo­graph below shows apart­ments at Ruckholt House, on the corner of Villiers Gardens and Derny Avenue. Beyond Chobham Manor, Olympic facil­i­ties for cycling, hockey and tennis have been retained. 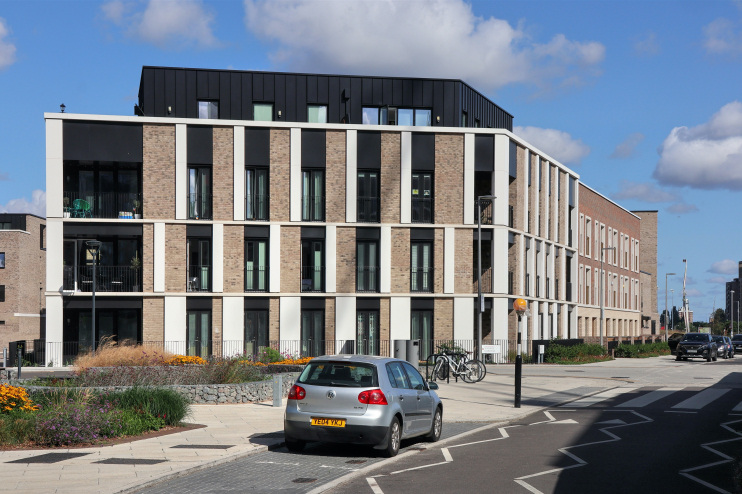