A 340-acre nature reserve centred on the 125-acre Brent reservoir, situated between Kingsbury and West Hendon 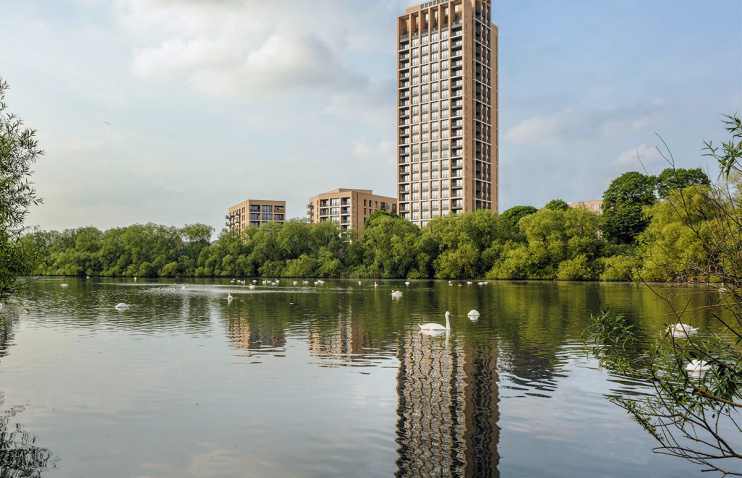 The Harp and Horn inn stood on the Edgware Road near Brent Bridge from the mid-18th century and had been renamed the Welsh Harp by 1803. It came to be known as the Old Welsh Harp after another inn named the Upper Welsh Harp was built further north.

In the mid-1830s the conflu­ence of the River Brent and the Silk Stream was dammed to create the Brent (or Kingsbury) reservoir, in order to supply the Paddington branch of what is now the Grand Union Canal. An old bridge that had carried Cool Oak Lane across the river was rebuilt at the time of the reservoir’s creation.

The Welsh Harp reservoir, as it became known, was enlarged in the early 1850s and the Old Welsh Harp gained enormous popu­larity as a desti­na­tion for day-trippers. Sporting events of all kinds were held here, espe­cially boxing matches, with ice skating in winter. A music hall song called ‘The Jolliest Place That’s Out’ praised the Welsh Harp’s attractions.

So great was the pulling power of the pub and the reservoir that the Midland Railway opened Welsh Harp station in 1870 to cater for excursion traffic.

The station closed in 1903 and the reservoir’s appeal declined with the urban­i­sa­tion of the surrounding area, espe­cially after the creation of the North Circular Road, which had the benefit of allowing wildlife habitats to form. The Old Welsh Harp was rebuilt in 1937 but was later demol­ished to make way for the Staples Corner flyover.

In the 1948 Olympic Games rowing compe­ti­tions were held on the reservoir, which remains much-used by rowers, sailors and canoeists. The Welsh Harp Sailing Club and Wembley Sailing Club are both based here. A conser­va­tion group and envi­ron­mental education centre were estab­lished in the 1970s and the northern part of the reservoir is nowadays kept boat-free to leave the waterfowl undisturbed.

A much larger estate called Hendon Waterside is now taking shape – much to the dismay of those who would have preferred the nature reserve to remain unspoilt. Navin Shah, Labour assembly member for Brent and Harrow, was quoted in the Harrow Observer as saying: “This … will oblit­erate the beautiful landscape, tran­quil­lity and ecolog­ical values of a site which is supposed to be protected for its scien­tific interest … A 29-storey tower block may be fine for Manhattan, but spells total disaster for Welsh Harp.” Never­the­less, the devel­op­ment went ahead very much as proposed. A view across the reservoir towards the tower block and its low-rise neigh­bours is shown in the devel­opers’ CGI at the top of this article.*

Brent’s Welsh Harp ward covers the area to the west of the reservoir and includes north Neasden. The ward is ethni­cally diverse, with no single group consti­tuting a majority.

* The CGI of Hendon Waterside and the Brent Reservoir is by Allies and Morrison Architects for Barratt London.