An electoral ward and an indistinct locality that is part Raynes Park, part Motspur Park and part New Malden 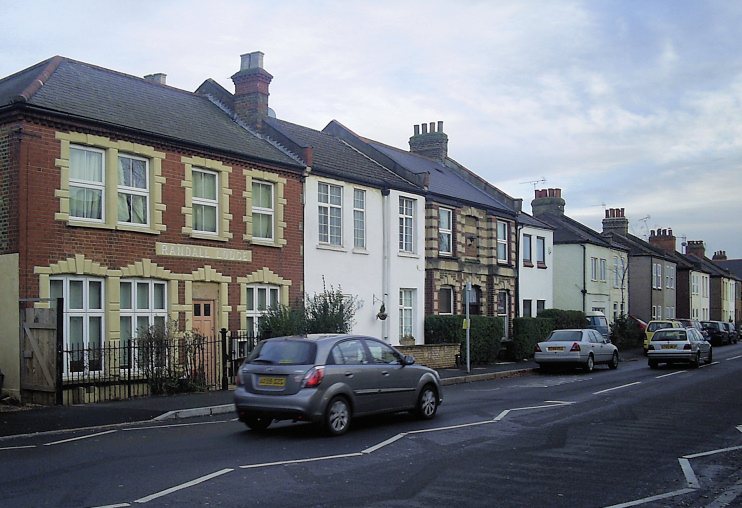 The history and the identity of West Barnes are entangled with that of Raynes Park, for the latter was built almost entirely on the site of the former. In the 14th and 15th centuries Merton Priory owned two sets of barns where the produce of its estates was stored. West Barns (or West Barnes) Farm stretched from Merton Common to the Beverley Brook.

The farm was sold after the disso­lu­tion of the monas­teries and in the early 17th century the land was divided between two brothers, creating Park House Farm and Moat Farm. Richard Garth, lord of the manor of Morden, acquired Park House Farm in 1867 and slowly developed it as Raynes Park.

The buildings of West Barnes Farm stood at the south-east corner of what is now Raynes Park high school. Across the road, the first terrace of houses was built in the 1890s and the new settle­ment expanded south­wards in the early years of the 20th century. To the east, houses went up at intervals (of time and space) along Grand Drive – including Bijou Villas, which are shown in the photo­graph above.*

Holy Cross church was built at the corner of Douglas and Adela Avenues in 1908.

Commerce flour­ished in the north-west corner of West Barnes. From 1919 the security printers Bradbury & Wilkinson operated from premises on Burlington Road, producing stamps, bonds, cheque­books and currency for countries throughout the world. The print­works has since disap­peared beneath a Tesco Extra car park. (And beneath that car park is a flood­water holding tank – a bene­fi­cial facility in this low-lying spot between the Beverley and Pyl Brooks.)

Moat Farm survived until the 1920s when it broken up by the construc­tion of the Kingston bypass and Bushey Road. A station opened at the southern tip of West Barnes in 1925 – and the decision to name it Motspur Park deter­mined the future identity of its vicinity.

Following extensive war damage, Holy Cross was rebuilt in 1948, as shown in the photo below. The church halls were demol­ished and a new hall was constructed c.1970. 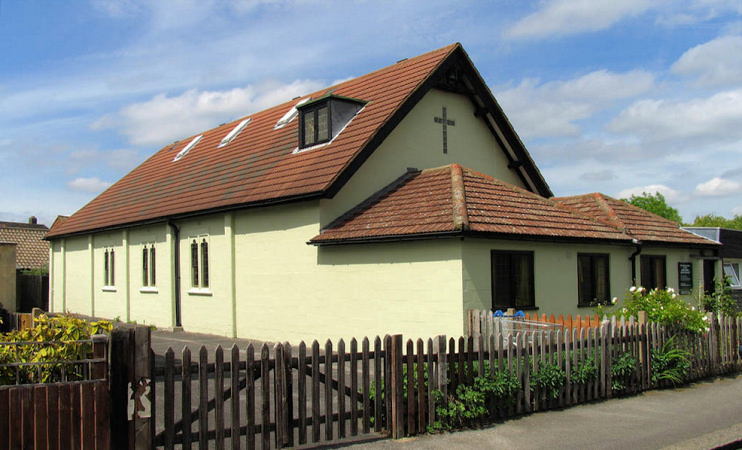 The majority of residents of the West Barnes ward are white British – and Christian. West Barnes library reflects some of the area’s key minority commu­ni­ties by main­taining collec­tions of books in the Korean and Tamil languages. The ward has a high level of owner occu­pa­tion and rela­tively few one-person house­holds. The top three occu­pa­tions here are: teaching and educa­tional profes­sionals, sales assis­tants and retail cashiers, and business, research and admin­is­tra­tive professionals.