A mixture of Victorian and interwar terraced housing, situated between Wood Green and Palmers Green 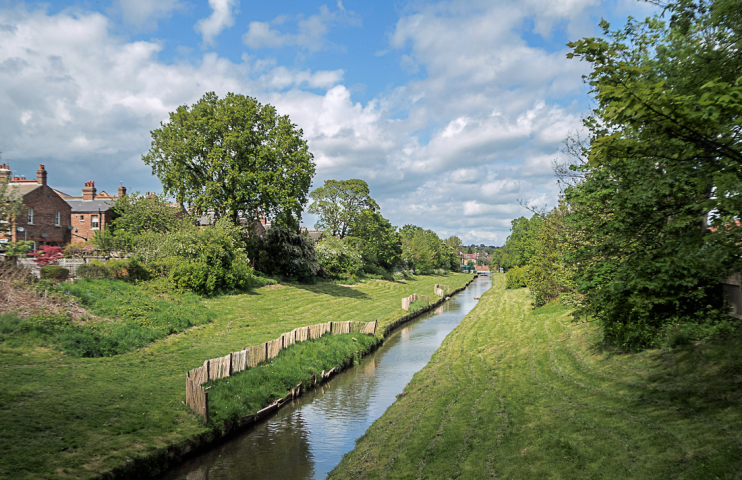 Bowes was a Norman manor and the name may derive from John de Arcubus – meaning ‘John of the bows’ – who owned land here in 1274. In 1412 Henry IV granted the manor to the dean and chapter of St Paul’s Cathedral. Bowes manor house lay to the north-east, near the present Sidney Avenue, and became noted for its land­scaped gardens.

The 370-acre Bowes Farm estate, much of which was woodland, survived until the end of the 18th century. There­after, the Eccle­si­as­tical Commis­sioners, who had succeeded St Paul’s as the landowners, began to lease plots of land for the building of large houses.

In the late 1850s the New River was realigned to remove two of its loops, which neces­si­tated the construc­tion of a tunnel here – using three and a half million London stock bricks. The tunnel entrance, located imme­di­ately north of Myddleton Road, is grade II listed. On the other side of the road a community garden has since been laid out above the ‘river’.

Designed in Gothic Revival style by Sir Gilbert Scott and mostly paid for by Alderman Thomas Sidney of Bowes Manor, the church of St Michael-at-Bowes was built in 1872–4 at the corner of Palmer­ston and Whit­tington Roads.

Sidney was also was also respon­sible for the area’s nascent suburban evolution, and the process accel­er­ated after his death in March 1889.

The United Reformed church of St James-at-Bowes was built in 1901–9 at the corner of Arcadian Gardens and the High Road, Wood Green. This grade II listed Art Noveau building is now the New Testament Church of God’s Cathedral of Praise.

“Bowes Park is Wood Green in its Sunday clothes,” wrote Thomas Burke (of Limehouse Nights fame) in The Outer Circle: Rambles in Remote London (1921), adding that Palmers Green is a Bowes Park that has “got on”. By this he seems to have meant that Bowes Park was classier than Wood Green – but not by much. Here the residents exhibited “the sedate pride of the humble, of those who will make the best of them­selves and their posses­sions, while knowing them not to be of prime quality.”

Another phase of house­building filled the remaining gaps in the 1930s and 1940s, mainly with bay-fronted semi-detached and terraced houses. Most of Bowes Park’s public amenities were added during this period.

St Michael’s school was rebuilt in 1970–2. Around this time private firms replaced some of Bowes Park’s large Victorian houses with blocks of flats.

The dilap­i­dated St Michael-at-Bowes church closed in 1986. Within two years it had been demol­ished and replaced by the present church and an adjacent hall. Several features of the old church were rein­stated in the new one.

The western section of Myddleton Road is lined with shops and service providers, several of which reflect the presence of a Cypriot community here in the hinter­land of Green Lanes.

Bowes Park has suffered diffi­cul­ties with anti-social behaviour but a combined council and community initia­tive, begun in 1996, succeeded in reducing some of the problems and improving the look of the area.

In Enfield’s Bowes ward, 15 per cent of residents are Muslims and 6 per cent are Hindus, according to the 2011 census.

The picture of the New River, Myddleton Road, at the top of this page is adapted from an original photograph, copyright Christine Matthews, and the picture of the sign for Bowes Park community garden is adapted from an original photograph, copyright Mike Quinn, both at Geograph Britain and Ireland, made available under the Attribution-ShareAlike 2.0 Generic Licence. Any subsequent reuse is freely permitted under the terms of that licence.