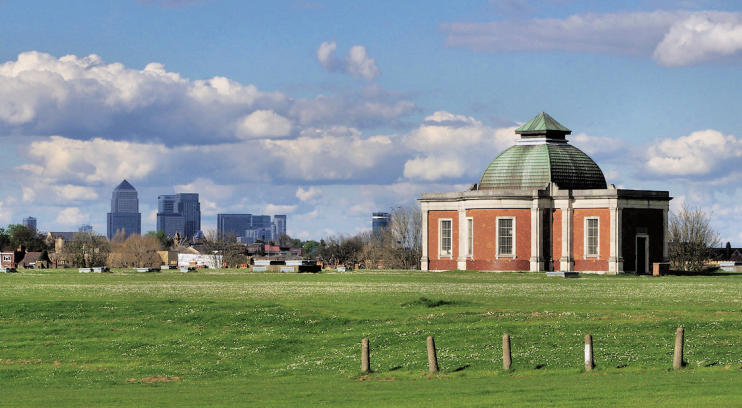 Rising to about 300 feet (just above 90 metres), One Tree Hill has been claimed as the site of Boudicca’s defeat by the Roman general Suetonius Paulinus, but this almost certainly occurred in the south Midlands.

Elizabeth I is said to have picnicked beneath the hill’s crowning oak on May Day 1602. The story is of ques­tion­able authen­ticity but, unlike other such tales, it seems rela­tively likely to be true. Either way, it is highly doubtful that the queen got drunk and knighted the tree, which has been suggested as the reason why it became known as the Oak of Honor (an old spelling of ‘honour’). In fact, the tree probably marked the southern boundary of the honour of Glouces­ter’s Camber­well estate.

The present-day Honor Oak Road was the original ‘Forest Hill’, defor­ested in the 1780s and laid out with homes for pros­perous Londoners. A few of these late-Georgian homes survive to the present day, as do some early Victorian Ital­ianate villas.

In the 1790s the East India Company set up a semaphore position on One Tree Hill (often then known as Oak of Honor Hill) to signal the arrival of its ships in the Thames. The position was comman­deered by the govern­ment during the time of the Napoleonic threat.

Honor Oak station opened in 1865 on the Crystal Palace and South London Junction Railway, stim­u­lating house­building for the middle classes.

The church of St Augustine, Honor Oak Park, was built in 1873 and (presum­ably uncon­nect­edly) the Oak of Honor was destroyed by a lightning strike a few years later.

In 1896 a private golf club enclosed One Tree Hill, prompting an ‘agitation’ lasting several years, which was said to have drawn 10,000 or more demon­stra­tors on some days.

Camber­well council even­tu­ally bought the hill for £6,000 and opened it to the public in 1905, when a new Oak of Honor (shown in the photo above) was planted at the summit. The slopes of the hill are wildly wooded and the park is one of the hidden gems of south London.

Europe’s largest under­ground reservoir was constructed in 1901–9 on a site formerly filled with sloping cricket pitches. Its four brick-lined tanks can hold up to 56 million gallons of water, pumped here from the treatment centre at Hampton. Beechcroft Reser­voir’s flat, grassy roof and valve house is shown in the photo­graph at the top of the page.* Click here for a Bing bird’s eye view of the church-like pumping station and the (slightly crazy) Aquarius golf course, which is laid out above and around the reservoir.

Camber­well New Cemetery opened in 1927. Most of the site had previ­ously been a golf course and for several decades the Honor Oak and Forest Hill golf club continued to use the ever-dimin­ishing part that was not taken by the expanding cemetery.

Honor Oak crema­to­rium and its garden of remem­brance opened in the north-east corner of the cemetery in 1939.

Some of the land orig­i­nally desig­nated for burials has never been used for the purpose (though the possi­bility remains that it even­tu­ally will be) and is presently a sports and recre­ation ground.

The Honor Oak estate was a major devel­op­ment of the late 1920s and early 1930s by the London County Council, with 27 brown-brick blocks of flats covering 25 acres. The estate, which is really more in Brockley than Honor Oak proper, is located near the top-right corner of the map below.

Honor Oak station and its line were closed in 1954. In the mid-1970s the Greater London Council built more housing to the west of the Honor Oak estate, where the railway line had run.

What was once the LCC’s Honor Oak school (and later Waverley school) became the Harris Girls’ Academy, East Dulwich in 2006.

Legendary London footballer Ian Wright lived on the Honor Oak Estate for much of his childhood.

* The picture of Beechcroft Reservoir at the top of this page is adapted from an original photograph, copyright Ian Taylor, at Geograph Britain and Ireland, made available under the Attribution-ShareAlike 2.0 Generic Licence. The picture of the Oak of Honor, One Tree Hill is adapted from an original photograph by Dudley Miles at Wikimedia Commons, made available under the Attribution-ShareAlike 3.0 Unported licence. Any subsequent reuse is freely permitted under the terms of those licences.