A legal quarter and its neighbouring square, which is the largest in central London, situated south-east of Holborn station 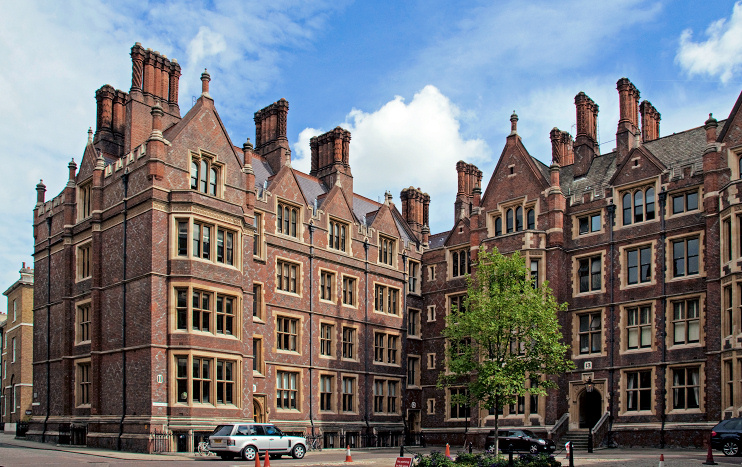 The land belonged to Dominican priors who subse­quently decamped to Black­friars, whereupon the Earl of Lincoln built a house here. The earl bequeathed his home to a college of lawyers, who moved in sometime in the 14th century. The earliest buildings have not survived but the complex that evolved on the site has elements from every century since the 15th, including the Old Hall of 1492 and a chapel rebuilt in 1623.

Visitors may walk around the precincts of Lincoln’s Inn between 7am and 7pm on weekdays and the chapel is open from 9am to 5pm, also on weekdays. Pre-booked guided tours of the Inn’s buildings are available for groups of 10–32 people from Monday to Friday.

Property developer William Newton acquired the twelve acres of Lincoln’s Inn Fields in two stages, in 1629 and 1638, and began to erect houses on each side except the east, which backed onto the buildings of the inn. It is said that Newton employed Inigo Jones as the scheme’s architect but this is doubted by some. The only survivor from Newton’s project is Lindsey House, home of the Earl of Lindsey in the early 18th century.

Much of the square was inap­pro­pri­ately rede­vel­oped in the 19th century but more recent neo-Georgian replace­ments have attempted to match the earlier scale.

Sir John Soane bought No.12 Lincoln’s Inn Fields in 1792 and subse­quently acquired numbers 13 and 14, and had rebuilt them all by 1824. Soane was the architect of the Bank of England, Dulwich Picture Gallery and three London churches, and he created an ‘academy of archi­tec­ture’ within his home, which he left to the nation on his death. The resulting museum is a treasure house – or rather three inter­con­nected houses – of art and artefacts, including Hogarth’s Rake’s Progress, preserved in an inti­mately domestic context.

Of the square’s other buildings the most notable is the head­quar­ters of the Royal College of Surgeons, designed by Sir Charles Barry in 1835, which incor­po­rates the Hunterian Museum. In nearby Portsmouth Street is the Old Curiosity Shop, erro­neously claimed to have been the inspi­ra­tion for Dickens’ creation but looking very authentic all the same. Populated by strolling barris­ters on weekdays, Lincoln’s Inn Fields until recently provided a dormitory for London’s homeless after dark. Many have now been displaced to surrounding street doorways.

The actress and royal mistress Nell Gwynne lived in Lincoln’s Inn Fields and her son, the Duke of St Albans, was born in her lodgings there.

Anthony Trollope, who spent time in his father’s chambers in Lincoln’s Inn, wrote of it that “we know of no place in London more conducive to suicide.”

The inn was the first London home of Eric Gill, who has been called “perhaps the finest English artist-craftsman of the 20th century.”

* The photograph of Lincoln’s Inn Old Square at the top of this article is copyright Tony Hisgett, made available under the Attribution 2.0 Generic licence at Flickr. Any subsequent reuse is freely permitted under the terms of that licence.