A Victorian outgrowth of Woolwich – and nowadays a multicultural community 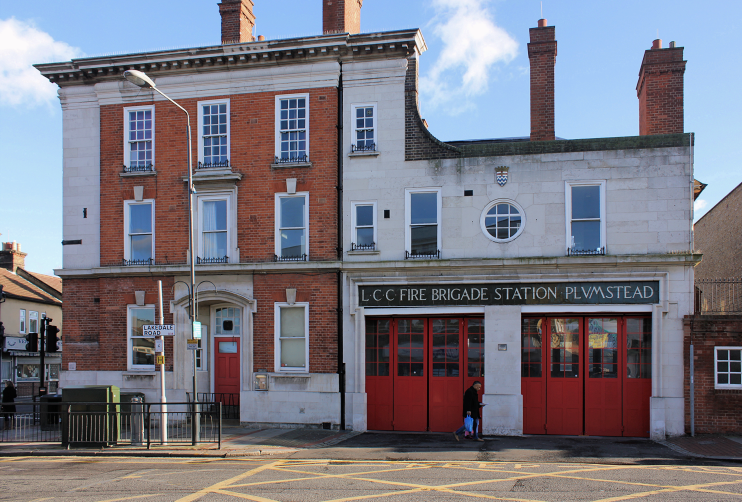 This place where the plum trees grew was first recorded around 970 as Plumstede. It is possible that the Romans planted orchards here on an agri­cul­tural scale.

The present St Nicholas’ Church was built in the 12th century and given an incon­gruous tower in the early 1660s. The village was of little conse­quence at this time and remained so until the early 19th century, with scattered farms and minor country houses and a high street that stretched thinly towards Woolwich. The largest landowner was the Pattison family of Burrage House, which lay on the western slope of Plumstead Common.

The Pattisons sold a sandpit as the site for Woolwich Arsenal station, which opened in 1849 and brought the first growth to west Plumstead. Keen to profit further from their property, the family sold Burrage House too, which was demol­ished so that the railway could be extended onwards into Kent.

To the south of the railway, Burrage Road was laid out and the first terraces of Burrage Town were built on Sandy Hill Road for workers at Woolwich Arsenal. Superior houses meanwhile began to appear on Plumstead Common Road.

The enlarge­ment of the arsenal as a result of the Crimean War and the opening of Plumstead station in 1859 sparked an explosion of growth across the district. The Herbert estate was laid out north of Shooters Hill but Queen’s College, Oxford, was stymied in its attempt to cover Plumstead Common with a high-class devel­op­ment. Almost all the rest of the district was covered with housing and attendant amenities before the end of the 19th century. Former chalk mines west of Wickham Lane were built over in the early 20th century, but some prop­er­ties later collapsed and the London County Council had to fill the mines with fly ash to prevent further subsidence.

The down­sizing of Woolwich Arsenal after the First World War brought decline to Plumstead and its popu­la­tion fell by almost 10,000 in the 1920s. Many of the departing residents did not move far; this was a period of massive growth in neigh­bouring districts like Welling and Eltham.

After the Second World War council projects trans­formed the western side of Plumstead. The largest of these was the Glyndon estate, with almost 2,000 dwellings, which was begun in 1959 and not completed until 1981 and has recently undergone regeneration.

Woolwich Mosque was built on Plumstead Road in 1996. The Pashu­pati­nath Mandir and Nepali community centre became Europe’s first Shiva temple when it opened on Swingate Lane in 2007.

There are others in the vicinity of Plumstead Common, most impor­tantly Berthold Lubetkin’s grade II* listed houses on Genesta Road.

According to the 2011 census, 44 per cent of the popu­la­tion is white (down from almost two-thirds in 2001). All the major ethnic groups are well-repre­sented, and Plumstead has London’s largest Nepalese community.

* The picture of Plumstead fire station at the top of this page is modified from an original photograph, copyright Paul Wilkinson, at Flickr, made available under the Attribution 2.0 Generic licence. Any subsequent reuse is freely permitted under the terms of that licence.