A station and commercial thoroughfare in west Walthamstow 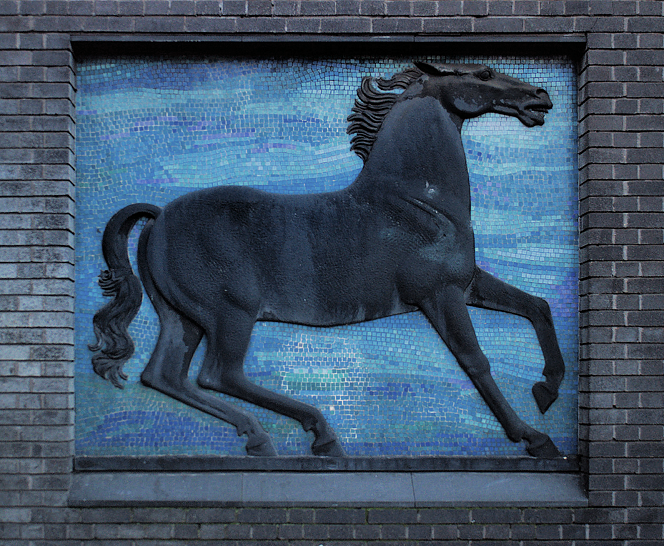 ‘Black­horse’ is a corrup­tion of Black House, a mansion that stood at the southern end of the road. Orig­i­nally called Werde­strete and later Black House Lane, the road came into existence in Saxon times as a route from the common lands of Higham Hill to the nearest mills, at what is now Lea Bridge.

Local magnates the Warner family acquired the crumbling Black House in 1813 and replaced it with a Regency villa called the Clock House. Perhaps to create a delib­erate contrast with the earlier property, the Warners built their new home using white Suffolk bricks. Commer­cial and indus­trial prop­er­ties began to line Black Horse Lane later in the century and its southern section was renamed Black Horse Road in 1888. Around this time Sir Courtenay Warner began to lay out streets of terraced housing on the family’s extensive estates in Waltham­stow and Leyton and he insti­gated the creation of the Tottenham and Forest Gate Railway to boost the popu­larity of the project. The line opened in 1894, as did Black Horse Road station, sited on the eastern side of the road.

The Victoria line arrived here in 1968, providing the only inter­me­diate inter­change on the Gospel Oak to Barking line. A new set of surface buildings was constructed for its station, adorned with a fibre­glass relief of a black stallion by David McFall, shown in the photo above.* The new station adopted the one-word spelling of ‘Black­horse’ that was by then in use for the road itself. The old mainline station was demol­ished in 1981 and its platforms were moved west to allow the use of a common entrance for the two services. 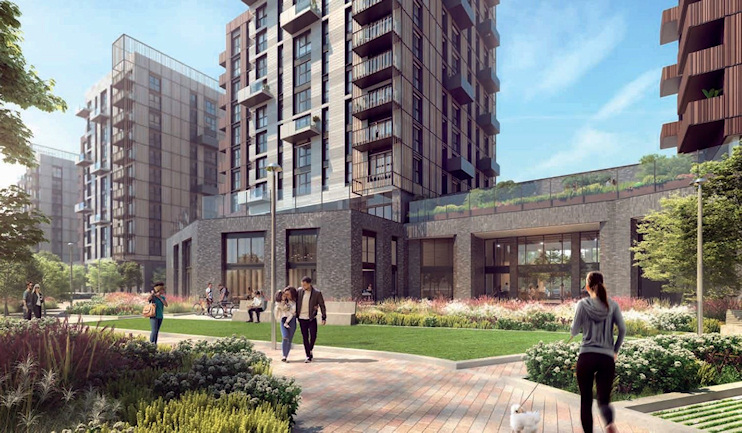 In October 2016 Waltham Forest council’s planning committee approved Legal & General’s proposal for a build-to-rent devel­op­ment north-west of Black­horse Road station on the site of the former Ferry Lane indus­trial estate, which was once home to a very mixed bag of factories, furniture makers, engi­neering works and laundries. The devel­op­ment was orig­i­nally going to be named ‘Ferry Lane’ but some marketing whizz came up with ‘Black­horse Mills’, which conjures up a more nostalgic (but entirely imaginary) vision of the past use of the site.

Completed in August 2020, the Black­horse Mills project delivered 479 homes, as well as communal amenities, open land­scaped areas and leisure spaces for residents. Shown in the devel­opers’ CGI above, the scheme consists of five ‘gateway buildings’ along the edge of the so-called Waltham­stow Wetlands.

* The picture of the Blackhorse Road station mosaic and sculpture on this page is adapted from an original photograph, copyright Julian Osley, at Geograph Britain and Ireland, made available under the Attribution-ShareAlike 2.0 Generic Licence. Any subsequent reuse is hereby freely permitted under the terms of that licence.