A ribbon development along the road from Uxbridge to Yiewsley, parallel with the Grand Union Canal to its west 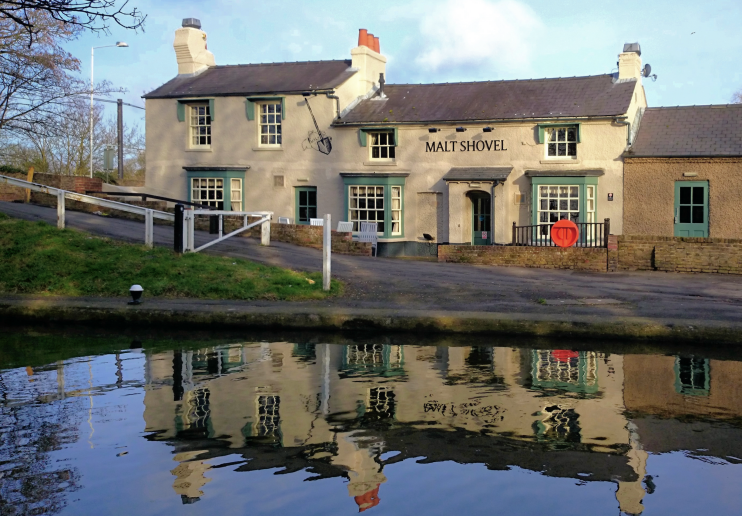 Cowley was first recorded in the tenth century as Cofenlea, ‘the woodland clearing of a man called Cofa’.

Shown in the photo below, the twelfth-century church of St Laurence was the smallest parish church in Middlesex and remains unen­larged today. St Laurence’s parish used to cover a very irregular 300 acres, “mixed up with Hillingdon in such a way as defies descrip­tion.” For this reason, the medieval history of Cowley is so inter­twined with that of Hillingdon as to have made the two indis­tin­guish­able at times. 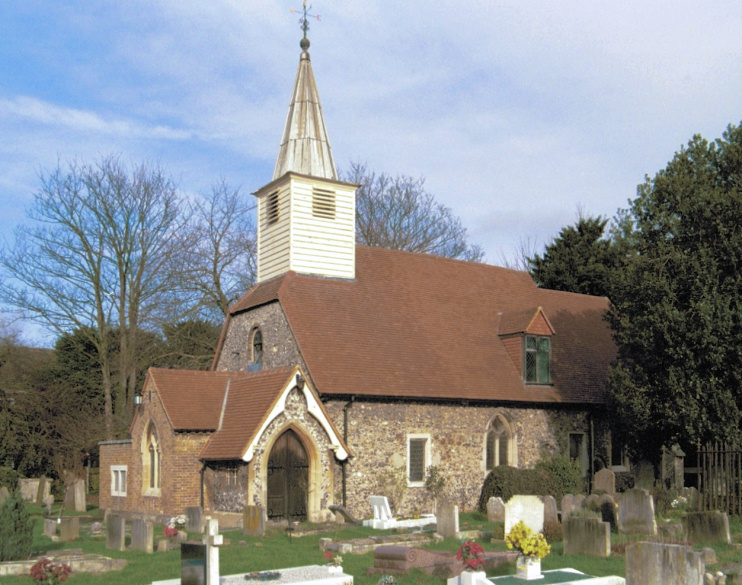 Houses and cottages lined the High Street in the 17th and early 18th centuries, including Vine Cottage, the Crown inn, Maygood’s Farm, Poplar Cottage and Cowley House. A surprising number of these early prop­er­ties have survived to the present day, although often much altered.

In the 18th century the northern part of Cowley consisted almost entirely of over 300 acres of open space called Cowley Field. The ownership of the field was split between the manors of Cowley, Cowley Hall and Colham (see Colham Green). Cowley Field was enclosed in 1795, when the Grand Junction (later Grand Union) Canal was being built on its western side.

The arrival of the railway at West Drayton in 1838 brought limited growth to the village, not in the form of suburban housing but by stim­u­lating the devel­op­ment of the horti­cul­tural industry, which could rapidly deliver fresh flowers to Covent Garden and Spital­fields. Cottages were built for labourers who worked in the green­houses and also at the extensive brick­fields nearby.

It was not until the 1890s that devel­opers began to build estates of afford­able housing, espe­cially after the opening of a branch line and station in 1904, and the village merged with the hitherto separate settle­ment at Cowley Peachey. The private builders were joined in their endeav­ours by the council after the First World War.

Despite these projects, many acres stretching towards Pield Heath remained under culti­va­tion until after the Second World War.

In the 20 years from 1945 the council built hundreds more homes at Cowley, many occupied by workers at the factories of Cowley Bridge, where a business park still operates.

Cowley station closed in 1962, as did the railway line. Much of the High Street was rebuilt later in the 20th century, including with unpre­pos­sessing office blocks.

‘One of the true British poets of the last half-century lived in Cowley,’ said Iain Sinclair of Bill Griffiths, who later exiled himself to north-east England. He died in 2007.

* The picture of the Malt Shovel on this page is adapted from an original photograph, copyright Mark Percy, at Geograph Britain and Ireland, made available under the Attribution-ShareAlike 2.0 Generic Licence. Any subsequent reuse is freely permitted under the terms of that licence.