John Langdon Down was born in 1828 in a room above his father’s grocery shop in Torpoint, Cornwall. His medical career began with an appren­tice­ship to a surgeon prac­ti­tioner in Whitechapel, followed by very successful periods of study at the Royal Phar­ma­ceu­tical Society and the London Hospital.

Dr Langdon Down’s well-respected talents and his concern for the welfare of people with learning disabil­i­ties gained him the position of medical super­in­ten­dent of the Earlswood Asylum for Idiots in 1858. Two years later he married Mary Crellin at Hackney’s Mare Street Congre­ga­tional chapel.

In 1866 Langdon Down published a paper on the ‘ethnic clas­si­fi­ca­tion of idiots’. This was in many ways a misguided piece of research but its seminal aspect was the descrip­tion of a condition that he labelled Mongolism, which is now called Down (or Down’s) syndrome.

He resigned from Earlswood in 1868 on a matter of principle and soon after­wards purchased a recently built property called the White House, with five acres of grounds on the Teddington/Hampton Wick border.

With the advice and assis­tance of solicitor Norman Wilkinson, Langdon Down obtained mortgage facil­i­ties to extend the house in order to accom­mo­date residents with learning disabil­i­ties in a new training insti­tu­tion. The White House was renamed Normans­field in the solic­i­tor’s honour.

Despite charging fees that only the wealthy could afford, the insti­tu­tion was a success and it expanded rapidly. In 1877 Langdon Down commis­sioned his friend Rowland Plumbe – who later rebuilt the London Hospital but had no previous expe­ri­ence of designing theatres – to create an enter­tain­ment hall at Normans­field. The project cost £3,678, which is the equiv­a­lent of several million today. The Earl of Devon presided at the opening of the hall in June 1879.

Plays and pantomimes were staged by the care staff and teachers, many of whom had been engaged because they could sing, act or play a musical instru­ment. On Sundays the hall was used for religious services, with patients and staff providing the choir. Keen theatre lovers, the Langdon Downs also laid on produc­tions for the enter­tain­ment of their friends and local worthies.

Normans­field Theatre’s deco­ra­tive glories include a vaulted ceiling supported by carved pine trusses with a central ‘sun burner’ circle of gas lights. On either side of the prosce­nium there are pairs of doors, above which are panels with life-sized female figures repre­senting Painting, Tragedy, Comedy and Music. Painting and Tragedy are visible in the photo­graph above, set in Gothic arched recesses. The doors are approached by steps with orna­mental wrought iron balustrades.

Almost all the plas­ter­work is gilded and the radiators and balcony balustrade are clad in ornate cast iron. The stage riser is lined with botanical panels attrib­uted to Marianne North (who has a gallery at Kew Gardens devoted to her work).

Normans­field became an NHS hospital in 1951 and it closed in 1997 (as did Earlswood). Two years later the site was sold to Laing Homes and rede­vel­oped as a private housing estate called Langdon Park (which should not be confused, of course, with the station and locality of the same name in Poplar).

As part of the deal, Laing spent £1.4 million to restore and reopen the theatre wing, thanks to a campaign led by the actor Brian Rix. The Theatres Trust, with assis­tance from the Friends of Normans­field, commis­sioned the restora­tion of the theatre’s rare and precious collec­tion of Victorian scenery.

The theatre can be inspected from all angles as part of a visit to the Langdon Down Museum of Learning Disability, which is open for three hours on most Saturdays. The museum’s name is a little misleading – but its website is perfectly clear on the subject: it was estab­lished in 2011 to contribute to public under­standing of the work of Dr John Langdon Down at Earlswood and Normans­field. It is not a museum of learning disability in all its aspects.

Most of the museum’s collec­tion consists of memo­ra­bilia related to Langdon Down and his family, and to some of the people who were in their care. Much space is devoted to works of art and carpentry by James Henry Pullen, an autistic savant who was known as the Genius of Earlswood Asylum. In the photo above right you can see part of Pullen’s model of a man o’ war (1862), which he based on a picture on a pocket hand­ker­chief and an engraving in the Illus­trated London News.

Several theatrical and musical companies nowadays stage produc­tions at Normans­field Theatre, ranging from ‘old time’ music hall through choral and classical music to opera. The Langdon Down Centre also arranges various talks and tours. All the events are listed on the centre’s events page. 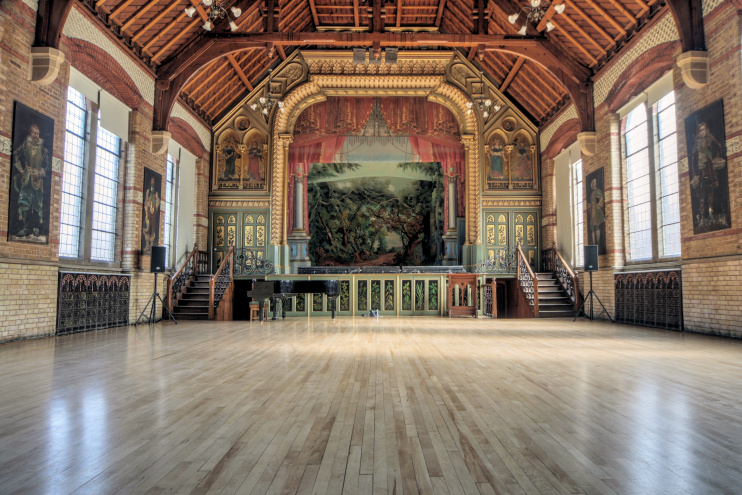 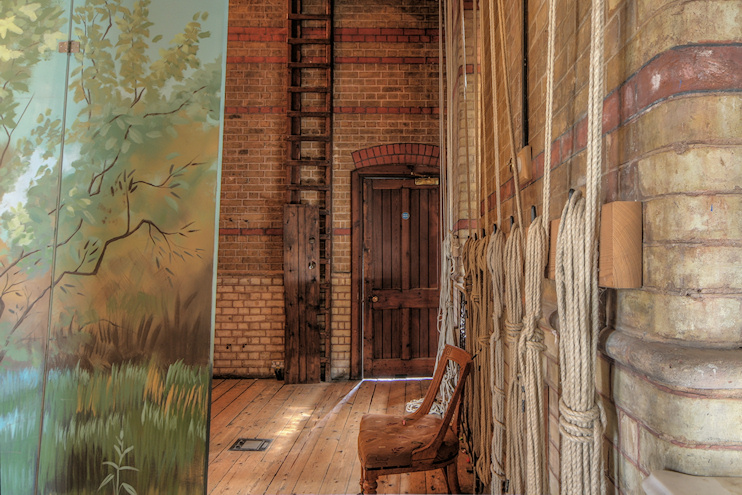 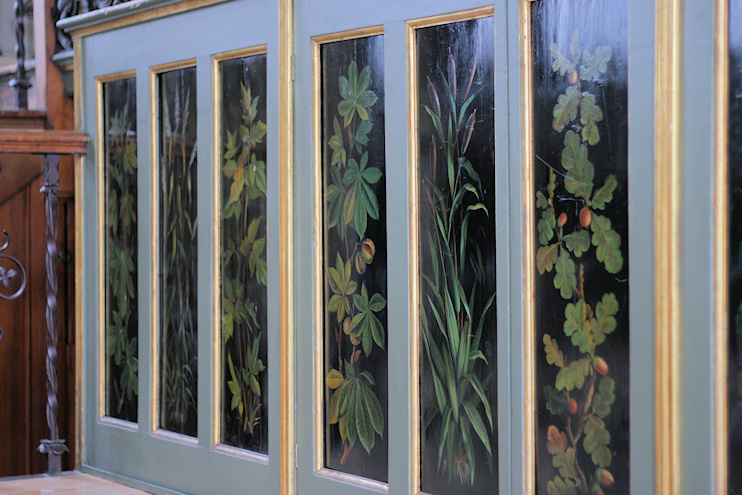 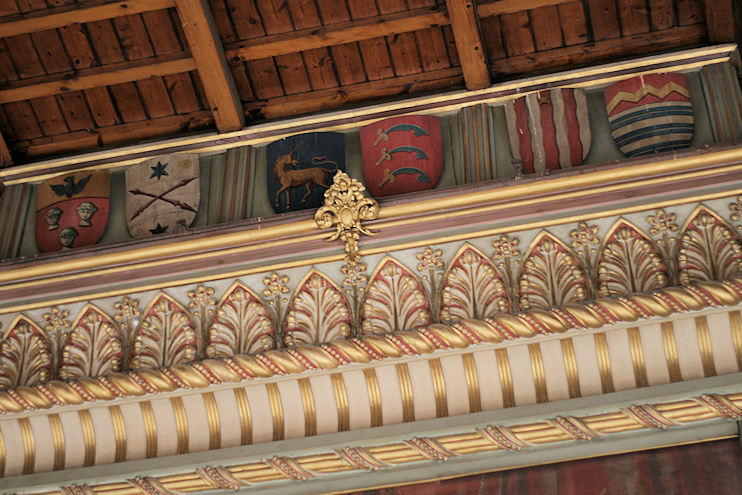 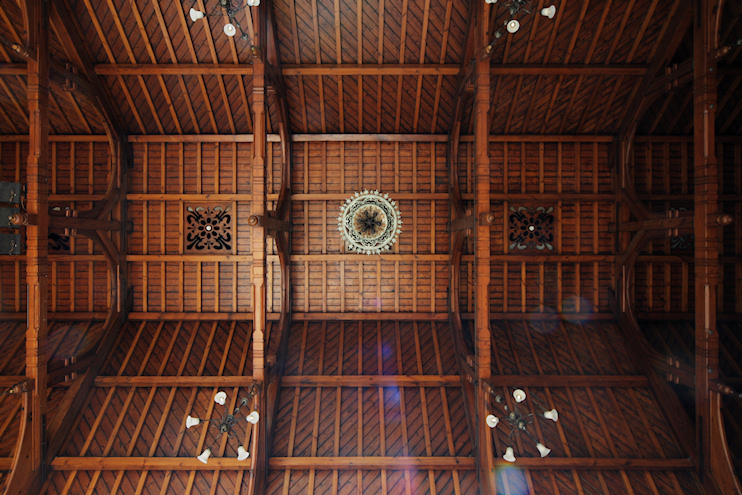 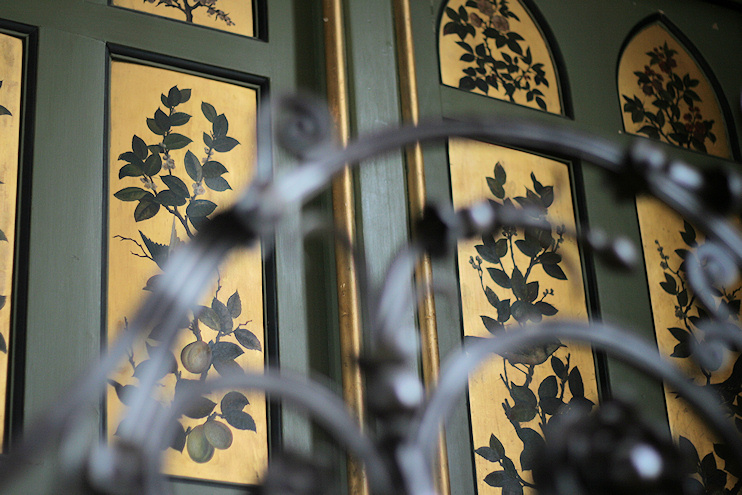 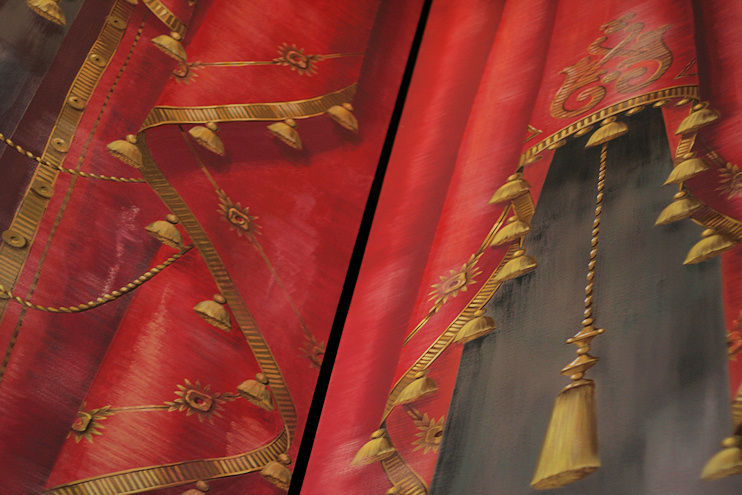 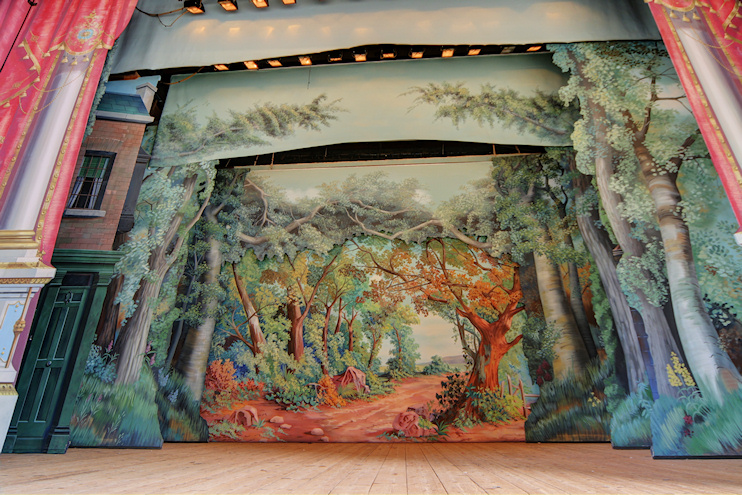 Normansfield Theatre, The Langdon Down Centre, 2a Langdon Park, Teddington TW11 9PS
Phone: 0333 1212 300
Website: Langdon Down Centre; the Langdon Down Museum is also on Twitter and Facebook
Open for viewing: Saturday 10am–1pm, except December and January and over Easter, and if it is not in use for rehearsals etc. Also open at other times for specific events.
Admission: Free for Saturday visits; varying charges apply for events, etc.
Facilities: None usually, except lavatories. Refreshments are available at most events.
Nearest station: Hampton Wick (National Rail)