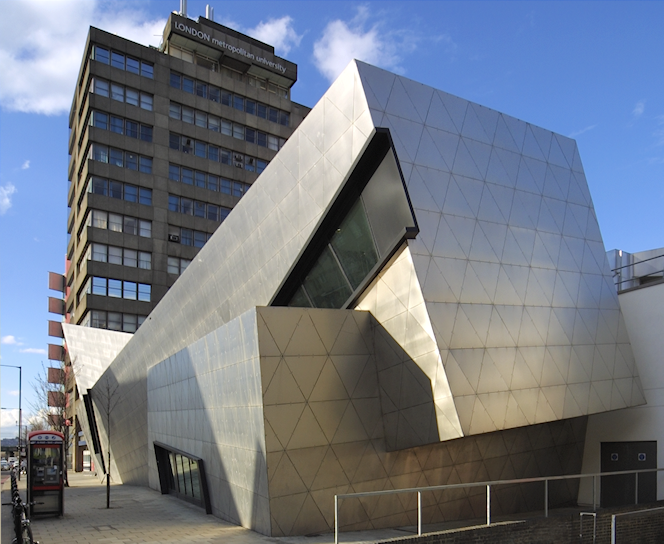 The Holloway district takes its name from the road, which was known as the ‘hollow way’ (the road in a hollow) by the early 14th century, when it had become the City’s main route to the north. The hamlet of Ring Cross had grown up around the junction with Hornsey Road by 1494.

By the 17th century Holloway Road was notorious for its high­waymen but it became safer as houses began to connect Ring Cross with Lower Holloway, at the north end of Cale­donian Road.

The construc­tion of Archway Road brought an end to the area’s rural character in the 1820s. Holloway Road tube station opened in 1906, where Ring Cross had been. This section of under­ground line was constructed in tandem with the overhead railway running from King’s Cross to Finsbury Park – hence the station’s location, some distance from the more focal Nag’s Head locality. A prototype spiral escalator was installed at the station but never entered service.

Super­mar­kets have changed the face of Holloway Road over the last few decades. Sainsbury’s demol­ished a ravishing Victorian block of shops on their arrival in 1970. A Waitrose super­market replaced Jones Brothers’ depart­ment store in 1993. This and the opening of a Safeway at Nag’s Head prompted Sainsbury to sell out to Kwiksave (who subse­quently retreated in favour of an Argos superstore).

Generally, the road’s mix of retailers is typical of inner (as opposed to central) London high streets, with the colourful exception of a cluster of fetish fashion shops near the junction with Liverpool Road. Second­hand shops of all kinds are also in abundance.

The London Metro­pol­itan Univer­sity (formerly the Univer­sity of North London) gained an iconic landmark in 2004 with the opening of its graduate school, the capital’s first building by the architect Daniel Libeskind; supple­menting Rick Mather’s curved white block of 2000 and a brutalist concrete tower from its earlier days as a polytechnic.

In 2018 two inte­grated blocks containing 257 student rooms were built at 295 Holloway Road, next to the station. 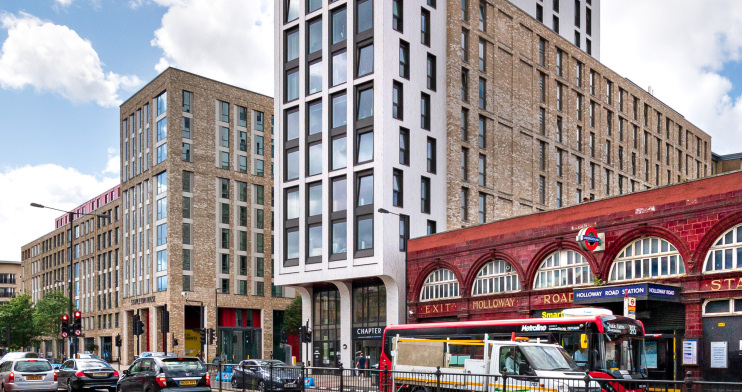 Holloway Road was the first home of the Campaign for Nuclear Disarmament on its foundation in 1954, and of the National Youth Theatre two years later – housed in the former People’s Picture Palace.

In the early 1960s record producer Joe Meek created a string of hits at his home-cum-studio at 304 Holloway Road, including the Tornados’ ‘Telstar’.