The south-western part of the Isle of Dogs, nowadays dominated by waterfront apartment blocks 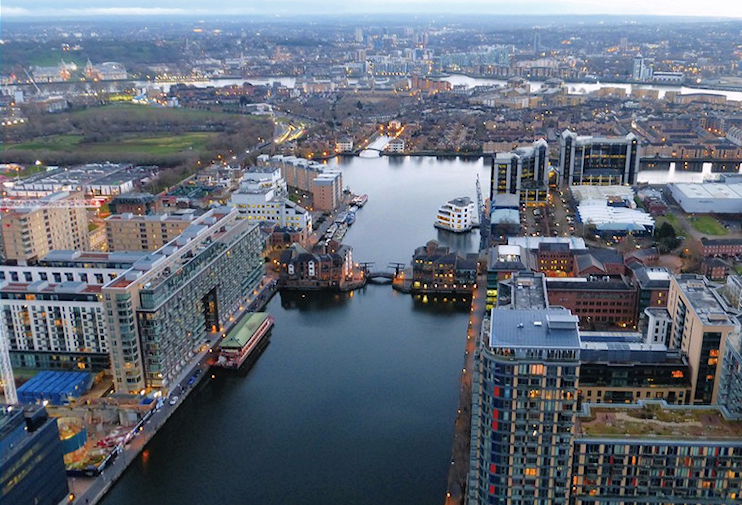 Mill­wall’s name derives from the windmills that once lined the western embank­ment. Before these appeared this was Pomfret manor – the base for the earliest recorded Thames ferry east of London, which plied between here and Greenwich in the mid-15th century.

Great Eastern pier was the site of the Scott Russell shipyard, where the steamship Great Eastern was built and launched in 1857, subse­quently laying the first Atlantic cable.

Millwall docks opened in 1868. They handled imports of timber and grain, and McDougalls flour works was estab­lished here. The Millwall extension railway came in 1872, on the route now taken by the DLR. Millwall’s indus­trial growth brought ship­building, engi­neering and chemicals, and an oil works owned by local resident Alexander Duckham.

Workers from Morton’s, a local confec­tionery and canning firm, founded Millwall football club in the 1880s. The club played at several locations on the island before crossing the river to the borders of Bermondsey and New Cross in 1910.

After the First World War ‘homes for heroes’ were erected on the Chapel House estate (named after a nearby medieval chapel) in a part­ner­ship between Poplar council and Millwall lead works. 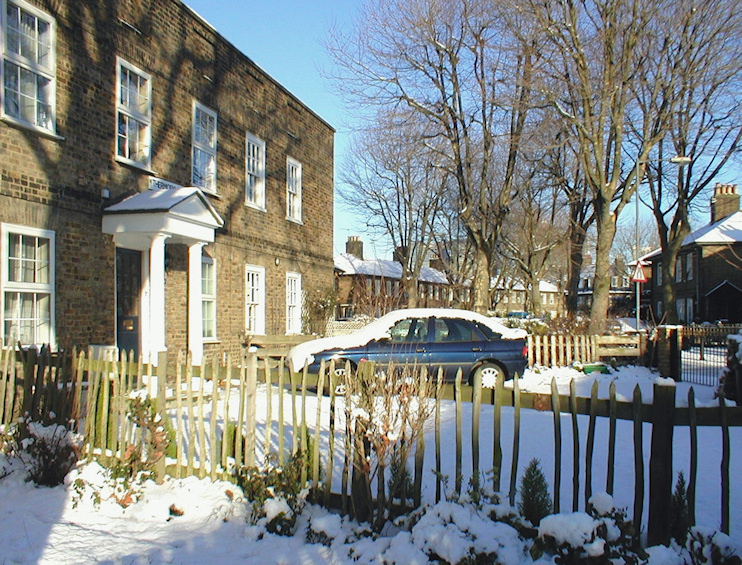 In the 1950s and 60s council blocks and maisonettes provided housing for local people whose homes had been destroyed during the Blitz. Along the riverside more exclusive flats were constructed during the first Docklands boom, in the 1980s.

Right up until the turn of the millen­nium, the upmarket apartment blocks and warehouse conver­sions were not suffi­ciently numerous to funda­men­tally change Mill­wall’s histor­i­cally working-class character.

Since then, however, almost every available site beside either the Thames or the former docks has been developed to the maximum permis­sible degree, turning much of Millwall into ‘Canary Wharf’s bedroom’. Among the most recent projects, the largest has been the demo­li­tion of the former Westferry Print­works on the north side of Millwall Outer Dock, to be replaced by a new neigh­bour­hood with over 700 homes, 40,000 square feet of commer­cial space, a secondary school and various community facilities.

The popu­la­tion of the ward of Millwall, which took in the whole western half of the peninsula, including the area around Canary Wharf, grew faster than anywhere else in London between 2001 and 2011, adding more than 10,000 new residents – a 79 per cent increase. This made it by far London’s largest ward and the Isle of Dogs has since been divided into three wards instead of two.

* The picture of Millwall Inner Dock on this page is an adjusted version of an original photograph, copyright ‘Shazz’, at Geograph Britain and Ireland, made available under the Attribution-ShareAlike 2.0 Generic Licence. Any subsequent reuse is freely permitted under the terms of that licence.